Building a cohesive society starts with delivering justice to all and protecting the interest of not just a few, but all in the composite unit. Justice is the adhesive which cements the foundations of attuned societies.  And it is the scaffold on which national balance rests.

Mauritius is a poly-ethnic island country in Africa. The nation is a congruence of different peoples of Indian, African, European and Chinese of descent. But this tiny country is the most advanced democracy on the continent. It has been able to manage the disparate interests by maintaining a balance of power in its parliamentary system of government.

In 2016, the Economist Intelligence Unit described Mauritius as a full democracy. It has also been projected to be the first developed country in the third world.

Nigeria cannot exit the jungle, if it does not put the piece to the puzzle of political justice. It will always take one step forward and five steps backwards.

Nigeria is like a locomotive operated by different drivers who take turns at the engine, and when one driver makes effort to get it moving, another one tries to sabotage him. This cycle is repeated as the drivers take turns. How can such a country move forward?

The attempt to scheme out the south-east in the politics of the national assembly leadership should be interrogated by every Nigerian who truly holds this country dear. In 2015, the south-east had no representation in the leadership of all the arms of government. This was rationalised at the time with a bogus claim, “the zone did not produce any ranking senator or member of the house of representatives on the platform of the APC”.

And in 2019, the same game is at play. Ahmed Lawan has been singled out to be the president of the senate and Femi Gbajabiamila “anointed” to be the speaker of the house of representatives. If this crystallises, with Buhari and Osinbajo as heads of the executive; Lawan and Gbajabiamila as leaders of the legislature and Ibrahim Tanko as the head of the judiciary, the entire government will be in the hands of two groups in a multi-ethnic country.

Really, it will be dangerous for national coagulation to allow this imbalance. The refrain that there is no “ranking APC senator” from the south-east is a moot point. This is not entirely true. Besides, there are senators from the southeast elected on the platform of the APC. The rules of “ranking” can be circumvented for the sake of national balance and cohesion. I believe achieving political balance and fostering unity is more important than any rule which only favour a few.

Every day young people on social media trade hate over what Azikiwe and Awolowo did and did not do in the 1960s and 70s. Both men have been blamed for being the fount of Nigeria’s political challenges – depending on the divide.

While the Igbo blame Awolowo for introducing ethnic politics into the system, the yoruba blame them as well for the same reason.

Today, our political leaders and particularly a certain godfather, for selfish reasons, are introducing “maroon politics” into the system, creating minefields for future ethnic wars and bashing by their actions.

How bleak is the future of our unity?

Righting the wrongs of yesterday and avoiding the pitfalls of tomorrow begin with doing justice to all and making compromises where necessary. 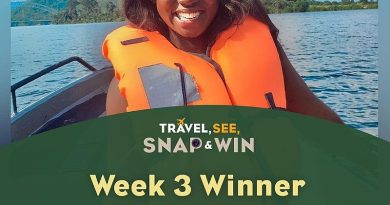 Governor of the Bank of Ghana, Dr. Ernest Addison, has stated that the recent 3rd quarter contraction of the economy