GENEVA, March 16 (Reuters) – A fire killed at least eight people and left 15,000 others without shelter after raging through a northeast Nigerian camp for people displaced by a war against Islamist insurgents, aid group Norwegian Refugee Council said on Saturday.

Northeast Nigeria is ground zero for one of the world’s worst humanitarian crises, sparked by a now decade-long conflict with Boko Haram and its splinter group Islamic State West Africa Province.

Roughly 2 million people have been displaced by the war, often living in squalid camps with little food, shelter or medicine.

“The source of the fire was a spark from a cooking stove, used by a child preparing her food,” Norwegian Refugee Council said on Twitter, describing the disaster in the town of Gajiram in Borno, the state worst hit by the conflict.

“Immediately, the family shelter, made of dry vegetation, was ablaze…The survivors of the fire are now left without shelters & clean water to drink & cook. They are dispersed, desperately seeking shelters under trees or under the direct sunlight.”

Some 6,000 children and more than 4,000 pregnant and nursing women were among those affected, it added.

In recent weeks, Nigerian and Chadian forces have launched an offensive against Islamic State’s Lake Chad stronghold after being on the back for much of 2018 and early 2019.

The Nigerian military has said it has killed dozens of insurgent fighters. Reuters has been unable to verify the figures. 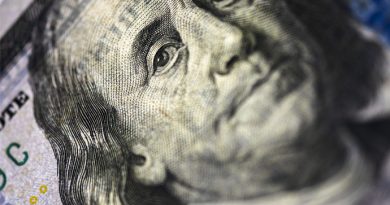 A plan for saving democratic capitalism from itself