* No word on how many children died

LAGOS, March 15 (Reuters) – Twenty people were killed in Wednesday’s collapse of a four-storey building containing a primary school in Nigeria’s commercial capital Lagos and 45 others survived, the state health commissioner said on Friday.

Commissioner Jide Idris gave no details of how many children were among the dead but he said 10 children and four adults were still receiving medical help.

Building collapses are frequent in Nigeria, Africa’s most populous country, where regulations are poorly enforced and construction materials are often substandard.

Lagos, Nigeria’s most populous city with around 23 million inhabitants, is particularly densely populated in poorer areas where multiple families occupy small spaces to save money on rent.

“Twenty corpses were brought to Lagos state mortuaries from the site, 45 survivors were received and were managed by government health facilities,” Idris said in a statement.

Residents had said the school alone had around 100 pupils, although that figure was questioned by emergency officials. It was not clear how many children were in the building when the building collapsed.

The rescue effort ended on Thursday after emergency officials said there was nobody left under the building.

But on Friday in the Ita-Faji area of the Lagos Island district where the accident happened and only piles of bricks and twisted metal lay where the building once stood, some locals questioned the death toll.

“It is more than that. I’m thinking there are people who are still under the ground,” said Bukola Bejide, a local businesswoman who sells groceries, speaking a few metres from the site. Other people standing beside her nodded in agreement.

Across Lagos Island buildings deemed to be unsafe were surrounded by tape and demolition work was under way, forcing dozens of people to find elsewhere to live.

People gathered outside a tent set up beside the accident site to receive food, clothing and help to arrange temporary accommodation from community groups working with Lagos state government.

Residents said there had been a number of building collapses in the area over the last few years. Some buildings deemed by state government officials to be uninhabitable were renovated by landlords seeking rent, they said.

Lagos Governor Akinwuni Ambode, who visited the site hours after the building collapsed, said the school had been set up illegally and buildings in the area had been undergoing structural testing prior to the accident. He also said there will be a full investigation into the incident. (Reporting by Alexis Akwagyiram; Additional reporting by Nneka Chile and Afolabi Sotunde; Writing by Paul Carsten and Alexis Akwagyiram; Editing by Angus MacSwan and James Dalgleish) 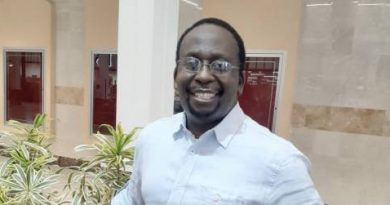 NPP Prestea Huni Valley thanks all for successful elections