* School was on top levels of four-storey building

* Investigation will be made into the collapse – governor (Adds rescue operations end, adds comments on death toll)

LAGOS, March 14 (Reuters) – Families kept a vigil at a hospital on Thursday for children pulled from the wreckage of a collapsed school building in the Nigerian city of Lagos, as rescue operations came to an end.

Authorities have not yet been able to give a final death toll after the four-storey building housing the school, homes and shops collapsed on Wednesday.

Tolls given on Wednesday ranged from one to eight dead and between 37 and around 50 recovered alive, but on Thursday a spokesman for the national emergency agency said some of those presumed dead had been revived and the figures were in flux.

Residents say the school alone had around 100 pupils. Rescuers were trying to find a register to work out how many of them may have perished, an emergency official said.

At the hospital, 50-year-old hairdresser Arike Kuye waited for news of her granddaughter, aged seven, who has being treated for a head injury. Her 11-year-old granddaughter was killed in the accident.

“I’ve been here for hours. I don’t know how long it has been,” she said, as her eyes filled with tears.

Around two dozen people, mostly women, were gathered outside the wing where hospital officials said seven children were being treated.

At the site of the collapse on Thursday morning, people searched through the tangle of rubble and metal to find any belongings of their loved ones. By the afternoon, most of the debris had been cleared away.

“We have been able to pull down the remaining part of the building,” said Adebayo Kayende, spokesman for the Lagos state emergency agency.

“We have moved the debris from the ground to have a clear picture to make sure there are no people under the building.”

Kayende said the Lagos state ministry of health was checking with hospitals and once they had finished counting those dead the details would be made public.

Lagos Governor Akinwuni Ambode, who visited the site hours after the building collapsed, said the school had been set up illegally and that buildings in the area had been undergoing structural testing prior to the accident. There will be a full investigation into the incident, he said.

Locals, including a relative of a child who was killed, said there had been a number of building collapses in the area over the last few years. They said some buildings deemed by state government officials to be uninhabitable were renovated by landlords seeking rent. (Reporting by Alexis Akwagyiram and Angela Ukomadu in Lagos; Additional reporting by Nneka Chile and Afolabi Sotunde; Writing by Paul Carsten; Editing by Alison Williams) 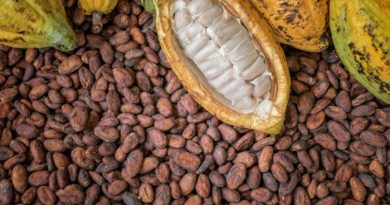 Summary In this research paper, we analyse the present model of higher education in several countries, and more particularly in