Macron’s visit to Nairobi is the first by a French president since Kenya won independence from Britain in 1963 and follows stopovers in Ethiopia and Djibouti – all countries where China has moved in aggressively and presents stiff competition.

At a ceremony with Kenyan leader Uhuru Kenyatta, a consortium led by Vinci secured a 30-year concession worth 1.6 billion euros to operate a highway linking the Kenyan capital and Mau Summit in western Kenya.

Renewables firm Voltalia sealed a 70 million euro contract for a solar power plant while an Airbus-led consortium won a 200 million euro deal for coastal and maritime surveillance. Total is finalising terms on a second solar plant.

“In Kenya there is an economic opportunity and it’s within the president’s strategy in France to look at not just Francophone Africa, but Anglophone Africa too,” said a French presidential source.

During a four-day trip to East Africa, Macron has vaunted France’s soft power in culture and education and its military know-how to woo deeper partnerships.

Kenya is east Africa’s most advanced economy with a liberal business environment and entrepreneurial culture. French businesses however account for just a 1.4 percent market share.

French exports to Kenya in 2017 amounted to between $170 million and $225.80 million, while China, Kenya’s number one trading partner, exported goods worth $3.8 billion.

“France has supported Kenya for several years in development projects … but we are not sufficiently economically and industrially,” Macron said on Wednesday night in a news conference with Kenyatta.

France also faces competition from other European allies, including Britain which is seeking to revive its trade relationship with its former colony as it prepares to leave the European Union.

Kenyatta, who took Macron for a drive around the grounds of State House in a Kenyan-assembled Peugeot car, said he hoped France would become a more important trading partner. ($1 = 0.8860 euros) (Reporting by John Irish; editing by Richard Lough) 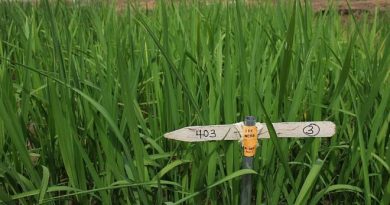 The one I predicted last time btw Nigeria and guinea Nigeria 2_0, I never receive anything, today's own I will predicted Nigeria 1 Tunsia 0

Should a Wife Wear Pant While Going to Bed 🛏️?

Yes oooo. When she's not sexy. I have no business with her. She must dress sexy in our private room.

She have her right but have nothing to cheat about

If i may even say 99 percent of women this days don't even wear pant..not to talk of sleeping with pant

No no and that send men to outside to look for happiness outside.

It's an individual thing, if the woman is comfortable with that,why not, wearing or not wearing does not stop them from having sex at night.

Only when she is on her period

That's if she is seeing her period

Why will a nomal human wear pant to bed (except you are on ur period). Infection no be anybody mate ohh!!!! Allow that place breath well.

The answer to your question is capital NO

Precious Lee Was Born to Be Glam