Facebook has said that a “server configuration change” was to blame for the worst outage in its history.

It said it had “triggered a cascading series of issues” for its platforms, including WhatsApp and Instagram.

The disruption, which lasted for more than 14 hours, left most of its products inaccessible around the globe.

It took the social network giant a full day from when the problems began to offer any explanation. It added that everything was now back to normal.

“Yesterday, we made a server configuration change that triggered a cascading series of issues,” facebook said.

“As a result, many people had difficulty accessing our apps and services.

“We have resolved the issues and our systems have been recovering over the last few hours.

“We are very sorry for the inconvenience and we appreciate everyone’s patience.”

Commentators have questioned the length of time it took the social network to issue an explanation for the disruption, which affected advertisers who have marketing campaigns on the platform as well as consumers.

Independent security analyst Graham Cluley told the BBC: “Facebook’s motto always used to be ‘move fast and break things’. That’s fine when you’re an innovative start-up, but when billions of people are using your site every month it’s not a good way to run the business.”

Some early reports suggested that the social network could be under cyber-attack, something that Facebook was quick to deny on rival platform Twitter.

“When popular sites like these go dark many people often think there must be a sinister explanation – such as a hacker attack,” said Mr Cluley.

“However, anyone who has worked in IT for any length of time knows that screw-ups are all too common. It doesn’t always have to be cyber-criminals who are to blame.” 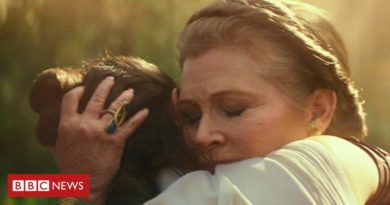 Rise of Skywalker: How we brought Carrie Fisher back 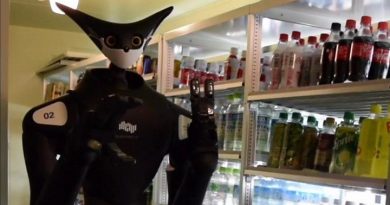 The robot shop worker controlled by a faraway human

White women and the racist right: Marjorie Taylor Greene is not an aberration