To an extent, what the 2019 general election has established is that the people are still the repository of power.

The revolution in Kwara evidences a people’s defiance to a long political hegemony.  But what is stupefying is the strength of this tide. The tide swept off Senate President Bukola Saraki’s in all the local government areas; his governorship candidate and his political structure in the state.

Although, I concede that there might have been some manipulations to the elections in the state, but the margin of loss and the geography of the defeat throw up questions. Could the elections have been “manipulated” easily if the people still had confidence in the one they called “Oloye”? How sweeping could the manipulations have been that the loss rippled in all the local government areas in the state, including that of the godfather?

The story of the election in Kwara will be a diadem in the political history of Nigeria. It will be told and retold for its power to shock and to surprise.

Also, the outcome of the national assembly and governorship elections in Imo state have proved that electoral rigging, intimidation, harassment and venal machinations can capitulate to citizens’ power.

Before the elections, Rochas Okorocha had bragged of how he owned the state; how his people were enchanted by him and how he had them in his thrall. He boasted that his son-in-law was “governor in-waiting”.

But despite rousing “hell and earth” in an attempt to win, the people torpedoed his vanity and high hopes. His anointed one lost the governorship election. And his attempt to get into the national assembly stalled.

The inventor of “iberiberism” then blamed the army, the police and the DSS for “subverting” the will of the people. But he forgets that he is the chief security officer of the state and an ally of the president, who commands the security agencies.

And in Akwa Ibom, the fallout of the election has shown that the even loudest and toughest godfather can be tamed and made to whimper.  Godswill Akpabio, a vociferous politician, had boasted that he would deliver 10 million votes to President Buhari. But not only did the president lose the election in the state; he had just 175,429 votes against his challenger’s 397,831.

And the shocker – Akpabio lost his bid to return to the senate, where he was very influential, despite not being a ranking senator.

Power is still with the people.

No doubt, these three politicians are the biggest losers in the 2019 elections. But one thing about the humbling situation in Kwara, Imo and Akwa Ibom is that such magnitude of loss was unexpected, considering how larger-than-life the political hegemons in the states appeared.

Perhaps all politicians are overrated until swift defeat comes. 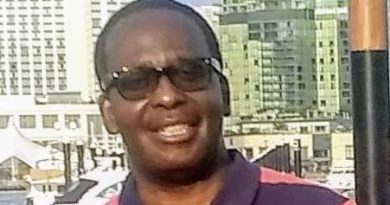 Buhari’s False Promise: “I Will Move 100 Million Nigerians Out Of Poverty In Ten Years” By Bayo Oluwasanmi 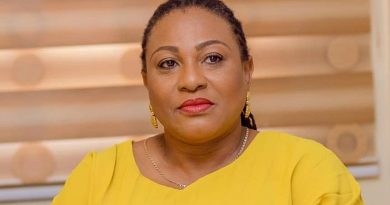 Listen to article The Northern Regional Chairman of the NPP, Chairman Batiima Adam Samba, has in an Eid message called