Greta Thunberg, the 16-year-old Swedish student and activist has been nominated for a Nobel Peace Prize for her efforts in climate activism and fighting global warming. Thunberg is best known for sitting in front of Swedish parliament every day for three consecutive weeks in August 2018, when she was 15, to protest the lack of action on the climate crisis. She posted her actions on Instagram and Twitter and soon went viral.

In September 2018, Thunberg pledged to stand outside of Swedish Parliament every Friday until they created an agreement to keep temperature rise below two degrees Celsius. (Thunberg’s proposal matches France’s Paris Agreement, an agreement within the United Nations Framework Convention on Climate Change that seeks to combat climate change and its related effects.)

Thunberg’s Nobel Prize nomination comes on the eve of her biggest strike to date. On Friday, her #FridaysforFuture strike will see school students across the globe marching for climate change efforts in 1,659 places across 105 countries.

“We have proposed Greta Thunberg because if we do nothing to halt climate change, it will be the cause of wars, conflict and refugees,” said Norwegian parliament representative, Freddy Andre Ovstegard. “Greta Thunberg has launched a mass movement which I see as a major contribution to peace,” he added.

If she wins the prize in her category, she will be the youngest person to receive a Nobel Prize. The youngest person that has earned this honor is women’s rights and education activist Malala Yousafzai, who won the 2014 Nobel Peace Prize at age 17 for defying the Taliban by demanding women’s education in her native Pakistan. Yousafzai was shot in the head by a Taliban member in 2012 and survived, ultimately going across the world to share her story and demand education rights for the women in her country.

The Nobel Prize winners will be formally announced in October of this year after the Nobel Committee conducts a majority vote. The award ceremony for the Nobel Prize recipients will take place on December 10 in Oslo, Norway.

Starr Bowenbank
Editorial Fellow Starr Bowenbank is an editorial fellow at ELLE.com who writes about all things pertaining to news, pop culture, and entertainment.
Comments
Share This Post: 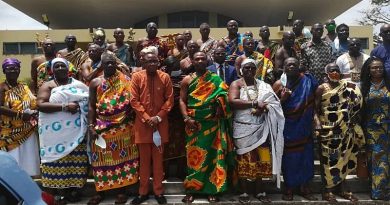 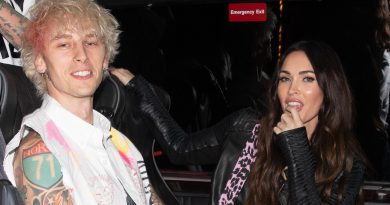 Machine Gun Kelly ‘Sees Marriage’ for Him and Megan Fox

Living with purpose: Being intentional with our finances

Board member of the Ghana Rugby Football Union (GRFU), Ms. Erica A. Amoako has been handed an appointment at the

CSO calls for release of Yakasai