LONDON, March 12 (Reuters) – The Nembe Creek Trunk Line in Nigeria was back online after a Feb. 28 explosion, while trade in Angolan cargoes has slowed this month as demand in key East Asian markets weakened.

* The pipeline, one of two major lines transporting Bonny Light crude oil, was shut on Feb. 28.

* Operator Aiteo said on Tuesday that the cause was an explosion and that operations resumed on Mar. 7.

* A trading source said delays were minimal and that the stoppage slowed down a purchased crude cargo by just one day.

* Another trader said prices were liable to fall due to weak demand from Angola’s key markets in China and East Asia.

* Unipec has purchased a cargo of Kissanje for less than dated Brent plus $1 a barrel from BP, which had initially been offered at $1.30 a barrel.

* Gindungo was offered at a differential of 40 cents above dated Brent and Nemba at 70 cents, a trading source said.

* Uruguay’s ANCAP has issued a buy tender closing March 13 for May 15-20 arrival. (Reporting by Noah Browning; Editing by Jan Harvey) )) 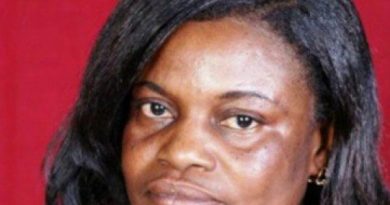 Hmmm. D pot is mine and the fullness thereof. When I have the time,I will sit on the ground and no one shall escape

After cooking the food I will remove all from the pot and set it aside, then start scraping the pot. Meaning i eat the scraped one before the main food 🍲

To the person reading this
👇🏾
Your helpers will be restless Until dey help u.. Claim it 🙌 ... See MoreSee Less

Amen oooo I receive it

Not the job of the house of Assembly but that of his political party, the PDP is not living up to their responsibilities, I am a member but, the PDP is not enagaging the state government on these issues and many more. If the PDP voice out and send a petition to the house and nothing happens then we can blame the house, the party is to blame. As for the house, they can not do much because no independence, even if apc control the house, you know the koko naaaaaaaaaaa money politicians!!!

Obaseki agboros is the most stupid and senseless agboros.them work is to force any drivers who just pass ring road.kabaka and oshiomole forgive me, obaseki deceive me and edo people say no more agboros in edo state again.today agboros is worst than before.them collect money in cash without paying in government account again.them tell me say beware of obaseki I no hear.edo is finished under obaseki ... See MoreSee Less

The Christian Council has condemned the chaotic contention among Members of Parliament (MPs) over the election of a Speaker, describing