“Ghana is free forever, and we shall defend this freedom with the last drop of our blood.”  These were the words of the enigmatic Kwame Nkrumah in 1957 when the Gold Coast was taken over by patriots who fought for their independence with everything they had.

I have been pleasantly drawn to the current president of Ghana, His Excellency Nana Akufo Addo. He comes across to me like a man who is set to follow the footprints of the forebears of the Ghanaian Dream. For example, I appreciate his disposition toward foreign aid. While most other African leaders gloat over perceived freebies from the West and East, Mr Ado, in a recent
Press Conference with his French counterpart, Emmanuel Macron, echoed my thoughts when he essentially maintained that Africa is tired of European Aid. Instead, he continued, Africa needs to look inwards for its homemade solutions.

On March 6 th this year, the Ghanaian government took its Independence Day celebrations to the historic northern city of Tamale. As subtly innocent as this gesture seems, it is a brilliant act by a government that appreciates the diversity of its people enough to build bridges across divides. Building a country while ignoring its differences is akin to fetching water with a basket. Other African governments can learn from this.

President Akufo-Addo said; “Two years ago, at my inauguration as president, I asked that we build a confident Ghana which is united, at peace with herself and takes pride in her diversity, I
challenged us to accept that being a Ghanaian must stand for something more than the holder of a birth certificate or a certain passport, I asked that being a Ghanaian must put certain responsibilities on each one of us and calling yourself a Ghanaian must mean you have signed to a certain definable code and conduct&quot;? It is impossible to deny that the Nigerian leader and other African presidents need to think like this. I hope the Ghanaian people appreciate what they have.

The Ghanaian government has set a target to reconstruct Ghana, and they did not only mouth it, but they are also working towards achieving it. In building an inclusive society, they are setting up the stage for prosperity and progress. Iron fist leadership cannot accomplish anything meaningful in Africa and thank God this is beginning to be self-evident in a few countries.

The government is burdened with the massive responsibility of galvanising the talents and skills of her citizens, the only way to achieve this is to ensure that all citizens and give a good sense of hope and thereby extract a willing commitment from them to participate in the process of nation-building.

Listening to the charismatic Nana Akufo Addo delivering a speech at Oxford University during the 2018 Oxford African Conference, I heard the voice of vision and one that understands that
there is a mission to accomplish in going after the dreams of the founding fathers of Ghana. He emphasised on the need for Africa to process Aluminium deposits, of which Sub-Saharan Africa is abundantly blessed with, into finished products like bars, coils, plates and sheets. This indeed is where the real wealth of this continent lies, and until the leaders of this continent realise this simple truth and run with it, Africa would remain impoverished amid abundant potential.

It’s imperative to mention these things as we extend our calls to the leadership of Nigeria. The Nigerian government must awaken itself to the realisation that the world is on the fast lane and does not intend to wait for any country lagging. We have lost precious time bickering over non-issues. We should now at least begin to move in a visionary direction at the fastest possible pace. Nigerian leaders must shun ethnic and partisan agendas, and assemble the best squad—our ‘top eleven’ of sorts—because we are competing in a world where the most progressive countries do not pity retrogressive ones. We are competing in a world that does not waste its time sympathising with the weak nations made weak by weak leaders. All progressive countries are on a mission; all trades are deals, and the entire world has become just a marketplace.

The Nigerian President should embark on a national reconciliation tour. Particularly, it should start from the Southeast and South-south. It is time to build bridges and heal old wounds. It is
time to deliver heart-melting speeches. It is time for our President to lead the nation in an embrace.

President Nana Akufo-Ado was in tamale to celebrate Ghana 62nd Independence. Nigeria can hold its 59th Independence in Enugu or Anambra, its 60th in Oyo or Osun, and its 61 st in Sokoto or Kebbi. Imagine how far this simple effort will go in healing wounds, bringing Nigerians closer, and ushering in a new Nigeria. It will grow beyond symbolism into a genuine gesture of welcoming all Nigerians to a brand-new reality. 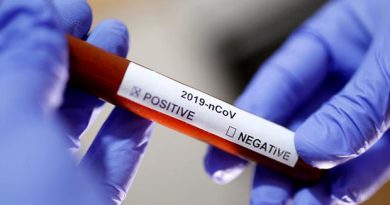