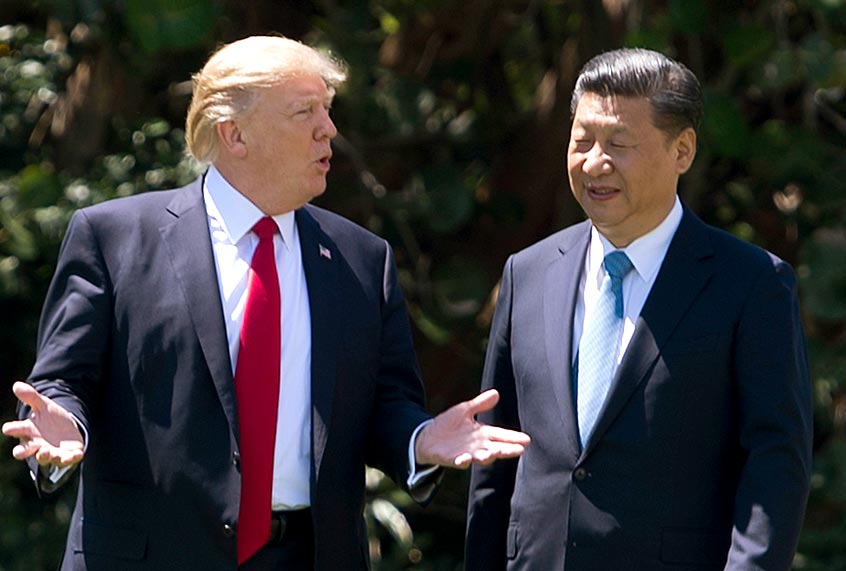 It has seemed odd from the very beginning that New England Patriots owner Robert Kraft, a billionaire several times over, would patronize a massage parlor called the Orchids of Asia for a little quickie on his way to the AFC championship game. After all, men like Kraft can easily hire high end escorts and they often have mistresses on the side. Why go to a cheap strip mall?

But Kraft wasn’t the only vastly wealthy john who got caught in the sting that has put him in the headlines. Private equity mogul John Childs and former Citigroup president John Havens were also arrested. There is obviously more to this sordid story of Chinese sex trafficking to come out in the days to come. With the recent re-evaluation of the extremely disturbing Jeffrey Epstein case from the previous decade, it seems that an illegal sex trade has been thriving in the ultra-rich enclaves of South Florida.

A woman named Cindy Yang founded the “day spa” where all these wealthy powerful men went to release their … stress. Although Yang no longer owns the specific business where Kraft was videotaped receiving oral sex, it was known for offering the same “services” in her time. Her family still operates several similar enterprises that are also under suspicion for sex trafficking and prostitution. And wouldn’t you know it, Yang is a big-time Republican who now owns a company that sells access to another wealthy and powerful man with a big presence in South Florida: the president of the United States.

The Miami Herald first reported that Yang had attended a Super Bowl gathering at Mar-a-Lago, and produced a selfie of Yang and President Trump posing together at the party. The Herald also published pictures of other events showing Yang and Trump’s adult sons, along with a trio of Florida Republicans — Sen. Rick Scott, Gov. Ron DeSantis and Rep. Matt Gaetz — as well as onetime vice-presidential nominee Sarah Palin and Republican National Committee chair Ronna McDaniel.

According to the Herald, Yang had shown no interest in politics prior to 2016 — she never even voted — but “has now become a fixture at Republican political events up and down the East Coast.” These gatherings all charge big donations to attend, although much of the money collected at Mar-a-Lago affairs goes straight into Trump family coffers to pay for the event. It’s a tidy form of double dipping — and, at least in general terms, not illegal.

Yang and her family have been generous to Trump and the GOP, giving more than $42,000 to the Super PAC Trump Victory and more than $16,000 to the Trump 2020 campaign in 2017 alone. As David Corn, Dan Friedman and Daniel Schulman of Mother Jones reported last Saturday, that’s just the cost of doing business for Yang’s company, which was started a year into Trump’s presidency. Yang and her husband, Zubin Gong, started GY US Investments LLC, which they describe as an international  consulting firm, in 2017. Displaying pictures of Mar-a-Lago, it openly markets access to Trump to Chinese business representatives.

For obvious reasons, national security experts were alarmed by this report. This startling combination of sex trafficking, prostitution and politicians presents a perfect opportunity for espionage and blackmail. In an explosive follow-up report on Sunday, the Mother Jones reporters make clear that these observers were right to be concerned:

Yang is an officer of two groups with ties to China’s Communist government. And she founded a Miami-based nonprofit that promotes “economic and cultural exchange” between China and the West in coordination with “senior … Chinese leaders” in the United States, according to a profile of Yang posted on a Chinese social media platform … .

If you were following politics in the 1990s, you might be getting a little feeling of déjà vu. Chinese fundraising scandals were a staple of political investigations during the Bill Clinton years. Perhaps you remember the names Johnny Chung, Yah-Lin “Charlie” Trie, John Huang, James Riady and Maria Hsia. These were all major Democratic Party and Clinton donors who were investigated for campaign finance law violations and, in a couple of cases, connections to Chinese intelligence and other Chinese government officials.

The Justice Department first started investigating all this in 1996, right after that year’s presidential campaign. Congress soon took it up and the matter escalated into a major scandal that continued for years. Republicans repeatedly demanded an independent counsel but were rebuffed by Attorney General Janet Reno, who insisted the Department of Justice was capable of handling this investigation. It did. The probes resulted in several guilty pleas, large fines and probation. There was no evidence of any collusion with the Clinton administration or the DNC, and the campaigns returned the money.

The Republican majority in Congress made fools of themselves, as they are wont to do in these situations, and turned the congressional hearings and investigations into a circus. The House Oversight Committee, chaired at the time by the slightly daft Rep. Dan Burton, R-Ind., spent more than $7 million on its investigation, at the time the most expensive congressional probe in U.S. history.

The Clinton campaign finance scandals were messy and damaging. But there was no sex trafficking or prostitution involved, and those foreign donors weren’t putting cash into the president’s personal bank account, as Yang and company are doing with big parties at a private club owned by the president. This is blackmail just waiting to happen — if it hasn’t happened already.

Presidents divest themselves of their businesses not just to avoid the “appearance” of conflict of interest, but to avoid the possibility of compromise. This president seems to have a peculiar fetish for putting himself in as many compromising positions as possible. 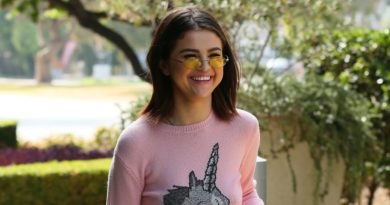 Selena Gomez Was Living Her Best Life at Six Flags

How psychedelic drugs are used as a tool of state violence

I would have just ignored Bishop Pharm John Kelvin post on Uromi cassavita. But because I can see through your motive, let me just answer you a bit. The records are there for anyone to verify. When Prince Joe Okojie was Commissioner for Agriculture, one of the things he set out to achieve was to resolve the Uromi Cassavita Debacle. He got everyone involved to the table. Infact, it became expedient to bring on board an Uromi son, who was Commissioner of works when the factory was built, Engr Ojobo. An on the spot assessment visit was made, but what was found was disappointing to say the least. And on top of it was the legal issues surrounding the sales to multiple investors. Look, the issue of the Uromi Cassavita is a complicated one. So instead of coming to Facebook to cast aspersions on personalities I would suggest you make a visit to the ministry of Agriculture, Benin City and request from the office of the Director of inventory the report on Uromi Cassavita submitted by Prince Joe Okojie, so that you can see all the efforts made by Prince Joe Okoijie when he was Commissioner concerning the cassavita. And till date efforts are still on to see to the actualisation of that project. But for the on going court cases. The government needs to re-buy it from the investors and build it a fresh. The investors are not willing to put any money there, because according to them, the only thing there currently is the land. The equipments have become antiquities. I rest my case ... See MoreSee Less

Their motive is very political. I remember I told them the whole truth about the cassavita story! I told them how the Uromi born Ojobo superintended over a white elephant project in Uromi. I told the story of how the same Ojobo came to meet potential investors brought in by prince Joe Okojie in protea hotels Benin, and told fanciful stories about the factory. The investors were willing to sign an agreement immediately till someone suggested they should go for site inspection! It was agreed that Mr Ojobo should lead them to Uromi the next day and the man ran away. The investors came to Uromi on their own. Their reports after inspection was that there was only a building there, no factory! The machines there are so obsolete that no matter how much you retool them, the best they can ever produce will be animal feed and it was not economically viable to invest the amount of money required for that venture! They don't like the truth, they instead started running to career politicians who told them what they want to hear (I am talking to the governor). We are all stakeholders in the Uromi project....... Government is willing to privatize the cassavita factory...... Make who get investor bring am.