The election is for 29 of the country’s 36 governors, who are among the most influential politicians in Nigeria.

As the country is Africa’s biggest oil producer and has the continent’s largest economy, many of the governors control budgets larger than those of small nations.

With so much at stake, previous governorship elections have been marred by violence including shootings and the snatching of ballot boxes by armed gangs.

Results are expected to begin emerging on Sunday.

Buhari, of the All Progressives Congress (APC), beat Atiku Abubakar of the People’s Democratic Party (PDP) in last month’s presidential election by 15.2 million votes to 11.3 million, although turnout was just 35.6 percent.

Reuters reporters also said turnout was low in many parts of the country including the capital, Abuja, the northern cities of Kaduna and Yola and in the commercial capital, Lagos.

The army said on Friday it would ensure people could vote in an environment free of violence. Civil society observers said 39 people were killed in election-related violence on the day of the presidential poll.

“Indications from the field on the low voter turnout points to concerns from citizens on the military deployment,” said the Situation Room, adding that some people felt intimated.

Nigeria’s security forces have been stretched in recent years by an Islamist insurgency in the northeast as well as by communal violence and banditry in other areas.

Hours before polls opened for the presidential vote, explosions rocked Maiduguri, capital of Borno state, the epicentre of the insurgency. In neighbouring Yobe, residents of the town of Geidam fled a militant attack around the same time.

The Situation Room also said there was widespread voter apathy due to disappointment over the way last month’s vote was conducted.

A spokesman for the Independent National Electoral Commission (INEC), Rotimi Oyekanmi, in a text message said the commission was not yet able to assess the turnout rate.

The presidential election, which eventually took place on Feb. 23, was delayed by a week after the electoral commission was unable to get ballots and results sheets to all areas on time.

The announcement came just five hours before polls were due to open. Despite the postponement, voting was disrupted by malfunctioning voter card readers which caused lengthy delays in some regions, particularly southern opposition strongholds. (Additional reporting by Garba Muhammad in Kaduna, Percy Dabang in Yola, Anamesere Igboeroteonwu in Onitsha and Felix Onuah in Abuja Writing by Alexis Akwagyiram Editing by Frances Kerry and Kirsten Donovan) 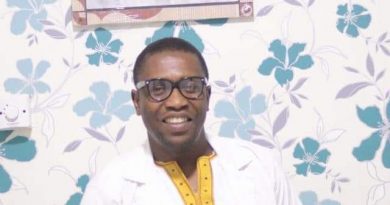 Thank you so much God bless you more

Scientists from King’s College in London say they have found that there are six distinct types of the disease, characterised