“What a man can do, a woman can do better” is a popular cliché which seeks to juxtapose the two genders. Often times, it is raised when one, usually the female, is favoured above the other. But is it true that one gender is better than the other? History doesn’t support this claim.

The fifth Sustainable Development Goal, “gender equality” is a term that seeks to promote equal access to resources, opportunities. It underscores the realism that one gender is neither superior nor inferior to the other. The campaign seeks to abolish gender-based discrimination and all forms of human rights violation against women and girls in particular.

Over the years, society has assigned roles to the two genders. Perhaps because of their physiologies and the pre-dominant patriarchal cultures, the male is often seen as the stronger because of his physical attributes, and the female, because of her tenderness is labelled as the weaker vessel. This deep-rooted practice will require spirited efforts and unrelenting advocacy in order to have any significant behavioural change in the larger society. It is against this relegation of the woman folk that March 8 has always been celebrated as International Women’s Day.

The significance of gender equality cannot be over emphasised. A world where men, women, boys and girls feel equal and respected offers a high sense of security and complementarity. It is a requirement for peace and prosperity in the society, where discrimination will be brought to its barest minimum and potentials can be fully maximised.

Gender inequality is a real phenomenon in Nigeria. From the religious houses to work stations, men and women are segregated. The government is not excluded from such discriminations, despite its lip-service to gender quality. The ratio of men to women who are offered political appointments into the federal or state governments is still rather low. The story is the same in the National Assembly and state’s Houses of Assembly. Till date, there is no elected female governor in Nigeria, and it does not appear that this ugly trend may change soon; for she is seen as a second fiddle. The highest position considered for them has always been deputy governor. A shining light however can be seen in the Lagos State judiciary where women have held the forth in the last 5 years.

In the workplace, it is essential to ensure empowerment and equal opportunity without any form of disparity or gender bias as a matter of deliberate policy direction. The right that a new mother has to maternity leave is the same her husband has to a paternity leave. When companies oblige parents of this, it is good for everyone, including the new born baby. Unfortunately, women are still being treated, evaluated and stigmatised unfairly. About this time last year, it was all over the news that, out of over 100 staff that were disengaged by a telecoms company, 90 females were laid off over their marital status.The protection of male and female rights contributes to the productivity of the workforce and the overall wellbeing of the organisation.

No doubt, we are approaching a gender balanced society. But the task to abolish gender inequality is not a day job. The overbearing influence of culture, tradition, religion, prejudice and stereotype against women is a real challenge. The idea that the woman’s career ends in the kitchen or that the girl child should not be educated or that women should do all the housework is now being seen as in the past.

It is heart-warming to note that women achievements are now being celebrated and their responsibilities are not just confined to “the other room”. The media must give voice to their issues and accomplishments. Adeola Sowemimo, was recently showered with encomiums as the first female African to work as a pilot for luxury airline, Qatar Airways and fly the Boeing 787 Dreamliner aircraft. With continued campaigns and advocacy, the female child will continue to enjoy education which would give her the capacity to harness her full potentials.

Gender equality is practicable and achievable. Neither man nor woman is inferior to the other. Their biological make up may be different but their capacity to think and achieve in order to make a difference in our world remains the same. Their roles are to complement, rather than compete with each other. Their perceptions and interests would also differ. This does not suggest that one is inferior to the other. Both man and woman have their distinct peculiarities that makes both dependent on each other. None is self sufficient. This is the true meaning of balance.

Finally, gender equality should be seen as an inalienable right of persons, violation of which offenders will be prosecuted. This is a clarion call to government and all policy makers that it is high time that gender equality be included in the lawbooks and policy formulation process. Deliberate steps must also be taken to put system in place to execute and monitor it. According to the masked one, Lagbaja, in one of his lyrics: “Humankind may never find justice until we ensure justice between the sexes”. The balance of the sexes is a non-negotiable prerequisite for a better world.

Nobody defected from APC to PDP in Kwara–Spokesman 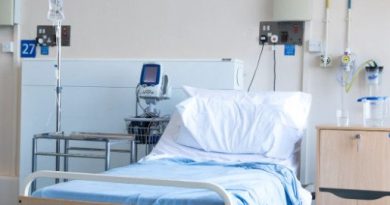