In 2015, there were much high hopes from a lot of Nigerians especially common Nigerians when Muhammadu Buhari for the first time emerged the president of Nigeria. He contested as the presidential flag bearer for the APC – a new opposition party formed on a string of mergers in other to have a strong base to wrestle power from the PDP. The high hopes were as a result of the certainty that his presidency was going to do a lot of great things. Most Nigerians believed that he was going to turn things round for them. That he would abate their sufferings. The root for such beliefs was that he was a man of integrity and honesty. It was the belief that he wouldn’t act like the typical Nigerian political office holders who take to enriching themselves and their family and friends with the largesse of the populace.

For these reasons, when he won the February 2015 election against former President Goodluck Jonathan – then incumbent president whom Nigerians thought was weak willed and clueless, there were huge expectations placed in him by Nigerians– who voted him into power. Even more rightly so because the party upon which he was elected chanted “change” to signify that they would change for good the lives of Nigerians who were rightly disgruntled and desperate to do way away with the clueless and corruption infested government of Jonathan.  Buhari was the man who prior to that winning the 2015 election had contested 3 times but couldn’t pull through to the winners’ side. But succeeded on the fourth try.  He is now has a second term to do. He was re-elected on Saturday 23rd February 2019. This is his second coming. Did he meet the expectations of Nigerians in his first term? If he didn’t, how can he do better now that he is back for a second term?  While I will go on to name some of those expectations and juxtapose it with his performance in his first term, I will also communicate what he can do differently now. Come with me.

One, is his promise that he was going to fight corruption to a standstill. If you are conversant with the affairs of Nigeria, you will wholeheartedly agree with me it is easier to steal from government than it is to greet your neighbor good morning. You will agree with me that we are a country known worldwide for being very corrupt. We have consistently been within the top most number on the list of Transparency International as a corrupt country. No thanks to public office holders who brazenly steal public funds and engage in other nefarious activities that are corrupt. What is most worrisome is the little or no consequences for their unworthy actions. Their unworthy actions have left Nigerians poor and were in the most desperate need for a saviour to salvage their situation. This is was why a lot of people expected that Buhari was the right man for the job – to fight corruption. This was the man who has an untainted public life and with the Mr Integrity tag. He is widely known to pursue a sparse lifestyle. He is the man that abhors ostentatious living. Looking at these credentials, one would think that he would make mincemeat of corruption in his first term. He didn’t.

Buhari showed to be selective in his war against corruption. He was quick to order the EFCC to jail his enemies and leave out his friends even when the both sides are culpable of the same crime of public pilfering. Take the case of Babachir Lawal, the former SGF – investigation had proved he made unholy big cuts from a contract job. Yet he was living and working with the president who pretended not to have known about his SGF’s lootings. Lawal would later be suspended by the vice president in the absence of Buhari who had gone on medical leave in the UK. So much for a man who is reputed with integrity. His government has shown to welcome corrupt persons who are undergoing trial in course cases filed by the EFCC. Once they join his party, the APC, they become saints whose old sins have been washed away. If you think I am making this up, try to find out the party upon which Orji Uzor Kalu has been elected senator despite still undergoing trial for the humongous sum he is alleged to have stolen from Abia state when he was governor. Orji Uzor Kalu is not the only example in this kind of matter. There is Abdulrasheed Maina. Remember him? The guy who is alleged to have stolen millions of pensioners money. He is here with us, free and living a beautiful life with stolen funds. He has gone to do a newspaper advert congratulating Buhari on his re-election. Well, I’m hoping that in this second coming of the president, he will do away with partial treatment by allowing justice to take course on both his foes and friends found to be corrupt. There should be that official and unofficial non-interference with the work the EFCC do that goes beyond media trial. Buhari should fight corruption this time around for real regardless of who is involved.

Two, is the poverty level of Nigerians – a sad reality he had promise to eradicate when he becomes president. The majority of folks in this country are common people living life on the grind mill. I know I am a wailer. I have been wailing ad infinitum about the level of desperate hunger and poverty that Nigerians grapple with. And this is something that doesn’t have to be. It is largely due to bad leadership. Our political leaders are perpetual selfish folks who are more concerned with feeling up their pockets than offering any bit of selfless service. Nigerians are constantly trying to egg out a living on some government policies that does not want them to live. Take for instance, you are a small business owner trying to do business and earn a living and hopefully expand within reasonable time and employ people, the business policy here will suffocate the life out of your growing business. The amount of money small business owners are mandated to pay regulators is outrageous and overbearing. I feel the taxes and levies they charge all in the name of ensuring best practices are purposely designed to make sure that SMEs do not survive beyond one year of doing business and this is a fact. Statistics show that SMEs die within their first year of operation. And this is due to the harsh business climate here. I’m not saying the government shouldn’t do their job but what the heck is that job when the businesses you are regulating die off within a short period?

How can Buhari in this his second coming change this? I would propose that he engages his policy makers in charge of business agencies to demystify the harsh reality of doing business here. There is a way to carry out and sustain regulations without stuffing the business life out of your people. The ease of doing business is something that must be pursued. SMSE are the drivers of the economy. The United States which we all envy was built and is being sustained by the private sector business which provides jobs more than the government. I ask that Buhari this time will marshal out and implement policies that are business friendly so that a lot of Nigerians can be lifted out of poverty into prosperity removing us from the status of the country with highest number of poor people in the world – an undignified status that we got in his first term as president. I hope this time around, he would change that status.

Three, is the insecurity imbroglio which was a major concern for Nigerians before Buhari became president. The Boko haram menace was one of the main reason Nigerians vote in Buhari in 2015. He had made it a key campaign promise to tackle the security challenges. He vowed to decimate Boko Haram. But did live true to this promise in his first term? No! We have had more deaths of innocent Nigerians from Boko Haram and herdsmen and farmers clash than we had during his predecessor. We are worse of now with the terror of the evil group. Some International organizations who were providing voluntary humanitarian services have excused themselves from the northeast and left for their countries due to the escalation of the crises. It is in the news that the terrorist agents executed Hauwa Liman and Saifura Ahmed, two nurses with the International Committee of the Red Cross (ICRC). Alice Ngaddah, another aid worker and Leah Sharibu –a young high school girl are still in the enclave of Boko Haram. As long as the both of them are still with their abductors, this government remains a big failure in eliminating Boko Haram.

Four, is the reputation he gained for nepotism and disunity. Just few weeks into his presidency, in a question and answer session on running an inclusive government, he blurted out that no one should expect him to treat 97% vs. 5% in the same way. 97% being his northern people who had given him the largest block of votes to ensure his victory while 7% being the southeast. One would think it was a spur of the moment reaction and that he would reflect on that statement and not act accordingly.  It wasn’t to be. He acted those words in his political appointments – giving a huge chunk to people from his side of origin. He appointed only his northern people in all the security positions against the principles of federal character which idea is to engage all the regions of Nigeria in federal appointments. Buhari with this sort of action showed himself a nepotistic and divisive person rather than a president who should operate on democratic principles of government of the people, by the people and for the people.  Can Buhari change his bias and partiality this time around? I would say yes. He can make a difference by giving qualified and competent people from all the regions the chance to serve their country in positions that are available. Buhari can strive to strengthen the unity of a country that already has the elements of war by being fair and just to all Nigerians irrespective of ethnicity and religion. I hope he does things differently in this second term – another four years. This is a second chance and many are not given second chances, but he has it. Let’s see what he makes of it – for better or for worse? The world is watching. Nigerians are watching. 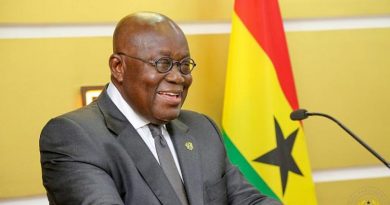 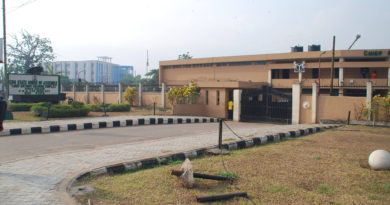 The Minister for Roads and Highways, Kwesi Amoako Attah, has disclosed that a Portuguese Contractor will begin work to expand