CASABLANCA, March 4 (Reuters) – Morocco’s OCP Group, expects to reach a deal this year to build a Nigerian ammonia plant and to start production at a $3.7 billion chemical plant in Ethiopia by 2023/2024, the chief executive of its OCP Africa subsidiary told Reuters.

The world’s largest phosphate exporter, which is 95 percent state-owned, is also considering a factory in Ghana in 2020 as it seeks to bring customised fertilisers closer to key African markets, Karim Lotfi Senhaji told Reuters.

Like many other Moroccan firms, including banks and insurers, OCP has been expanding its investments in Sub-Saharan Africa in recent years, boosting the kingdom’s economic clout.

Senhaji said the Nigerian plant would cost $1.5 billion and would have a total capacity of 1 million tonnes of ammonia.

OCP signed a deal in June to build the industrial platform with Nigeria’s sovereign investment authority during a visit paid by Nigeria’s President Muhammadu Buhari to Rabat.

In Ethiopia, the Moroccan firm expects its chemical plant to be operational by 2023 or 2024, with an initial capacity of 2.5 million tonnes of fertilisers, he said.

These investments are part of a strategy to boost phosphate-based fertiliser use and production in Africa, he said.

“We encourage having this customisation done as close as possible to the farmers or the area of consumption. We don’t aim to produce everything in Morocco,” he said.

The group plans a blending facility in Rwanda, three in Nigeria, one in Ivory Coast, five in Ethiopia and one in Ghana, with each costing between $8 million and $12 million.

“These will be launched in 2019 and we expect to have them ready in 2020,” he said. (Reporting by Ahmed Eljechtimi; editing by Ulf Laessing and Alexander Smith)

Poor welfare: NAGGMDP raises the alarm of mass exodus of doctors in Ekiti 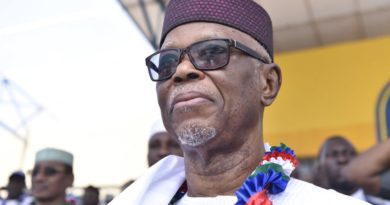