The case was presented. The jury recessed. A verdict was reached: Omoyele Sowore, African Action Congress (AAC) presidential candidate was guilty as charged for running as candidate driven by fearless ideas. He lost the election!

Everyone who tries, fails some time. This is a fact of life regardless of what position you run for. Sowore’s long running activism shows he’s a person who choke in high-pressure situations but goes on to accomplish something that most others have not. Sowore as an anti establishment candidate put himself in a position to choke. He did not shied away from competing at the highest level that he can. For this reason alone, there’s no shame in choking.

Most of us are lamenting the loss of Sowore in the February 23 Nigeria presidential election. But, there’s victory in defeat for Sowore. First, take a look at the graphic summary of Nigerians as a people and Nigeria as a nation that Sowore was trying to influence. Even an ox knows its owner, and a donkey recognizes its masters, but Nigerians never accept a true leader. They are like corrupt children who have rejected a good person with their choice and they continue to invite punishment.

Their heads are injured and their hearts are sick. They are battered from head to foot – covered with bruises, welts, and bandages. They keep on electing idiots, fools, and thieves who plundered their country before their eyes. Their leaders have turned them to worthless slag, and make them like watered-down wine. Their wicked leaders nearly wiped them out like Sodom and destroyed them like Gomorrah. Nigeria has become a waste land laid in ruins. Nigeria stands abandoned like a watchman’s shelter in a vineyard, like a lean-to in a cucumber field after the harvest, and like a helpless city after siege. Nigeria’s leaders are wicked. They are thieves and companion of thieves. They love bribes, and demand payoffs for anything and everything. They create and employ criminals and murderers to carry out their evil deeds.

Why did Sowere lose? He lost primarily because the truth hurts. No one minds looking into a mirror provided the image reflected back is flattering to the viewer. Sowore held a mirror before Nigerians that allows the mirror to reflect a painful truth about their condition, but they didn’t like what they saw in the mirror. They were hurt and mad with Sowore. They smashed the mirror into pieces. When Sowore held up the mirror of plain truth before the eyes of Nigerians to show how badly stained the mirror was with all acts of evils perpetrated by their leaders, they became more mad. Sowore was ridiculed, derided, castigated, and accused of being proud, pompous, arrogant, rude, too audacious, and bombastic. If you ever tried to get a red stain out of white cotton material, you know how impossible it can be. That’s exactly what Sowore tried to do running for president and driven by fearless ideas.

Falling from the thrill of victory to the agony of defeat can be devastating. But for Sowore, it’s a victory in defeat. Like he promised Nigerians, he has successfully disrupted the political landscape of Nigeria for ever. Things will never remain the same again! Sowore’s defeat can be viewed from two ways: One way leads to challenge and growth – opportunities to learn, to improve, and win next time. The other way points to retreat with shame and humiliation. But for Sowore, his defeat will lead to transformation towards greater success. 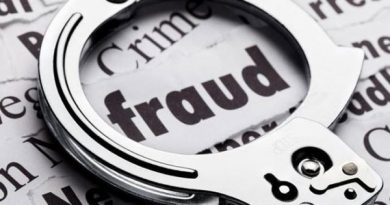 I saw a failed man as soon as I saw oshobaba took over his campaign .

My life is full of coincidences ― Abaribe