During the 2019 Elections,  I had seen pictures in Okota , a part of Lagos state said to be a stronghold of the Igbos , the pictures showed voters  irregularities.
To me basically, I thought in another mind that the clash could have happened even if that area was dominated by another tribe so there was no need for ethnic attachment.

Days after this singular incident , I have began to hear about stories of the Igbo people not belonging to Lagos , I have even seen pictures online stating  Same thing, I have seen notable  comments from notable Nigerians too.

Regardless of being an Easterner, I definitely do not fancy anybody constituting any form of possible nuisance in any part of the country but I also will be fair that even though there are regional attachments, we cannot afford to start the tirade of we own this load , we won’t accomodate anyone else.

The instance I would give us is in the Modakeke-Ife war, in the same community , many persons lost their lives, over similar cases,  on the longer run , no one benefited from the disunity.

Let me remind us all that regardless of our tribe and the need to protect our ethnic space, Nigeria remains our land and by the time we do not diplomatically solve any disagreement that may occur between ethnic groups , we are fanning emblem of ridicule and of problem.

Let us imagine a case which Northerners say they own their land and start giving people ultimatum to leave, let us imagine where the Easterners  also want to claim ownership of their region and start driving everyone with words and protests,  where does the Nigerian factor suffice?.

This is a Country that is very fragile, a Country that has suffered from disunity and ill-love. Over the years,our political leaders have played this ethnic card to their own advantage and leave us to be continualy divided , the masses must understand that , any incident that occurs , they suffer it most.

I even read that the clash is politically motivated but I refused to believe this analogy. Politics must not divide us but rather be a uniting factor.

This is the time for Political leaders, religious leaders and everyone  else to weigh in and preach the need to co-exist as Nigerians beyond political class.
We must live  together  in peace,  our present generation, unborn generation cannot afford to bear  the consequences of any communal or ethnic crisis.

While we may see this as little now and say it will settle , we should remember that we cannot sit and do nothing,  the most dangerous battle is that brought about ethnic allegiance and societal suspicions of neglect. 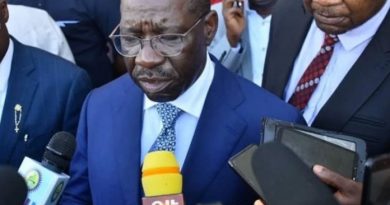 For Pius Adesanmi, For Nigeria! By Chido Onumah

EIU predicts victory for NDC in 2024