GENEVA, Feb 28 (Reuters) – An estimated 30,000 Nigerians have returned since Tuesday from Cameroon to the flashpoint town of Rann, which has been targeted repeatedly by Boko Haram militants this year, the U.N. refugee agency said in an emailed comment to Reuters on Thursday.

They returned after being visited by Nigerian officials who encouraged them to go, and gave assurances that security would be restored in the area, UNHCR said. Cameroonian authorities also assured UNHCR officials that refugees would not be forced to return. (Reporting by Tom Miles; editing by Stephanie Nebehay) 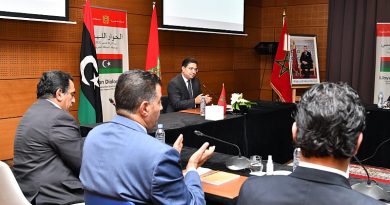 TODAY IS THE DAY. VOTE FOR THE RIGHT CANDIDATE. GOV. OBASEKI IS THE ANSWER. VICTORY IS SURE. ... See MoreSee Less