Some few days ago, the Independent National Electoral Commission declared the current Nigerian President, for another four-year tenure.

Controversial as the election that ushered him in maybe, the tasks before Mr Muhammadu Buhari remains very huge.

During his 2015 campaigns, he premised his ambition on the need for change, while many have faulted his performance during the first time, others picked positives from it.

Coming into a new tenure, the work of the All Progressives Congress candidate has been cut-out.

This election has shown us that Nigeria is yet a country divided by ethnic bigotry and lots of issues affecting us as a Country boils down to the fact that we need to be more United.  It was very painful to read people posting #IamNorth and #IamSouth on Twitter, the division did not just start today but it is getting worse by the day. The election period also exposed us to issues of ethnic emotions taking the incidence in Lagos as an instance. President Buhari must begin to nip these issues in the bud if Nigeria will work again.

It should be noted that during the 1st  tenure of this administration, many accusations bothered on the ethnic correlated appointment, alledged witchhunt of some persons holding key positions from other regions of the country among other dividing characters. This must not repeat itself during his second stint,  Nigeria cannot afford another four years of divide and rule, suspicions and tribalization. Nigeria is for everybody and that fact must be respected.

President Buhari must also understand that beyond white elephant projects, policies that affect the life of a common man should be introduced. When Nigeria was ranked as one of the less productive countries in the world and overtook India with the poorest persons in the world, I was really devastated and pained. Policies should not be geared towards infrastructural development alone but towards economic revitalization. Local production should be encouraged and policies such as N-power, Trader-moni should be reviewed for better policies.

The well-being of average Nigerians must be prioritised.

I must also note that the fight against corruption has also been said to be lopsided with few instances to point out. The Nigerian President must understand that while fighting corruption is important, the importance of fighting corruption maybe diminished if those prosecuted are selective. A case which those who decamp to the ruling party become saints is very poor and must stop by all means. In the just concluded election,  We had persons who are undergoing trial and still stood for elections under the ruling party, infact some emerged. The fight against corruption must not be targeted at people who are not friends of the government.

The Buhari’s administration must as a matter of urgency take education as another serious business and must not shy away from funding all forms of education, that way many issues will be affected.

While I wish the government best of adventures, I won’t but advise all those who have issues with the elections to approach a competent court of law.

The violence I saw in the video, read about is very disheartening but we must continue to work towards developing a system we are going to be proud of.

It must also be noted that Nigeria must strengthen her security system, we must fund the Nigerian Army, the police and other security units. We also need to monitor funds pumped into these sectors. We cannot afford a country where killings will continually be a ritual. Nigeria must outgrow obvious challenges and do that we need revamp of the security sector.

Nigeria must work effectively in another four years and should not be overshadowed by our inadequacies, we may not be perfect but our system must move to a greater level.

Nigeria yet to meet its blood need – Haematologist 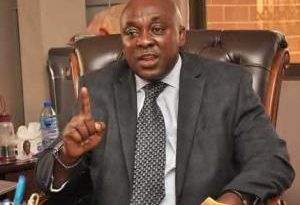 Tunubu is 100% right on the call to reject Obaseki. It is in our best interest to listen and align with a man who is best positioned to be Nigeria's next president. Tinubu will have Edo at heart when he becomes president and it is wise to give him someone he can work with and he has told us that person is Pastor Ize Iyamu. ... See MoreSee Less

This guy, sometimes I dey baffled for somethings you dey post oo, Tinubu in best position ke, I dey bow to you oo

This poster come n see d one he just install in Lagos, a pour failure. No plan on covid 19 project

I'll rather revote Buhari(Hardship and Backwardness) than Tinubu. Edo Election is btwn Useless Political Elites and GGO/Masses. Edo no b Lagos...

Na so u just reach... common sense is not common...Tinubu told u to vote for POI...

Only a slave listen to a slave

Tinubu will end like awolowo and mko Abiola. He will never smell aso rock. The Fulanis know how to use these personality of useful idiots band dump them. Watch and see. Obaseki is the way.

This poster need to be HEAD CHECKED.

If the poster want to remain SLAVE in his own house, me not

God punish ur generation not this country he will be president

Tinubu can never be a president in Nigeria, never, never, ole drug dealer and money laundering can not be president again in this country.

Ambitions must be made of sterner stuff. Poster is one building castles in the air

This poster nor get head .

This guy is still dreaming wake him up which country president

I hate to see my Edo people behaving like Yoruba cowards

Wait till the end

Hahahahaha.. they are strategizing how to bribe inec. Lol

APC are asking the same question in other places...so broda calm down first

They are no were to be found , shame on them ,edo nube lagos