The country’s longer-dated bonds were up as much as 0.8 cents in the dollar to extend a more than 10 cents rally since the start of the year. (Reporting by Marc Jones; editing by Tom Arnold) 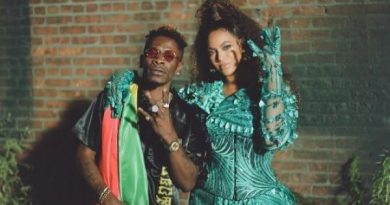 we are all combatants in battle against COVID-19 — Boss Mustapha

Bros is this not Mr Engr Kelvin Okpebholo ward?

Chief ALAHJI IZE IYAMU,u are a loser, u are a loser EFCC is waiting for u, 7.5 millions,5 . millions ,

ADP is more than 2

It's another fake result. The truth is on the way. POI is coming

Na so e go be, victory

Pls don't go to sleep tonight!!! Protect the results counted to the last! APC is going to do the unthinkable at collation center! Stand and Protect it if u are an agent of PDP of other parties apart from APC. They are evil, and have a plan tonight! Mr.Igini inec rep can't do it alone,as Proof Mahmoud will step on toes to suit APC. Stand till the End! It's WORTH fighting FOR.

Governor Godwin Obaseki of the Peoples Democratic Party, PDP has maintained his early lead as results for the Edo state gubernatorial elections trickle in. See results from polling units, Wards in dif...
View on Facebook
·Share

THE APC MAGIC WILL TAKE PLACE TONIGHT @ EDO NORTH.
But one error will occour that will turn things around for PDP in a later time. ... See MoreSee Less

No error. POI is coming

The much hyped results from Uromi is already known. The winning results from Edo North will hugely nullify the feeble performance of PDP in Uromi