ABUJA, Feb 26 (Reuters) – Nigeria’s incumbent President Muhammadu Buhari extended his early election lead on Tuesday based on official results from a third of the country’s districts as the death toll from sporadic poll-related violence rose to 47.

Provisional results announced in state capitals but not yet confirmed by the election commission indicated Buhari had a commanding lead of 52 percent to 44 percent over his main rival, businessman and former vice president Atiku Abubakar.

Atiku’s party has rejected the tallies thus far as “incorrect and unacceptable”. Buhari’s party said the opposition was trying to discredit the returns from Saturday’s election.

Observers from the Economic Community of West African States, the African Union and the United Nations appealed to parties to wait for the results, expected later this week, before filing complaints.

Voting took place on Saturday after a week-long delay which the election commission said was due to logistical problems.

But the event – Africa’s largest democratic exercise – has been marred by violence in which 47 people have been killed since Saturday, according to the Situation Room, a monitoring organisation linking various civic groups.

Some of the deaths came about after gangs allied to either of the leading parties clashed with each other and police over theft of ballot boxes and vote fraud. Police have not yet provided casualty figures.

More than 260 people have been killed in total since the start of the campaign in October. The toll is lower than in previous elections but in the past, the worst unrest broke out after results were announced.

Nigeria is Africa’s top oil producer and biggest economy but it is struggling to emerge from a 2016 recession and corruption is rife.

A decade-old Islamist insurgency has disrupted life in the northeast and killed thousands of people, many of themn civilians.

Buhari, 76, is a former military ruler seeking a second term with pledges to fight corruption while overhauling the country’s creaking road and rail network.

Atiku, 72, says he will aim to double the size of the economy to $900 billion by 2025, privatise the state oil company and expand the role of the private sector.

Initial results released by the Independent National Electoral Commission so far put Buhari in the lead, with victories in 10 of Nigeria’s 36 states.

The commission said Atiku had won in seven states and the capital, Abuja, which is not a state but treated as a separate electoral district.

Buhari was leading Atiku by 52 percent to 44 percent, according to a Reuters tally based on available commission figures.

In provisional results announced in state capitals but not yet confirmed by the commission, Buhari had won six states to Atiku’s four.

The candidate with the most votes nationwide is declared winner as long as they have at least one-quarter of the vote in two-thirds of Nigeria’s 36 states and the capital. Otherwise there is a run-off.

On the streets of Abuja, people had a mixed reaction to the way the election unfolded in a country where six decades of independence have been marred by long periods of military rule, coups and secessionist wars.

Mary Erondu, a civil servant, said she did not believe the election had been free and fair.

“I have to tell you the truth. Paying money for election, these people entering yard to yard, ollect their names, collect their phone number. They will give them money and I am not lying.” she said, without saying which party was doing this.

“We have seen the results, and Nigerians have no other option than to accept the results for peace to reign, because we know very well that the INEC has done what they needed to do and for the sake of posterity.” 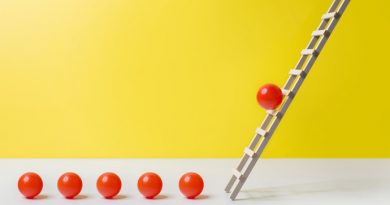 Fueling your company’s urge to surge

APC Had Agreement That Southerner’ll Succeed Buhari In 2023 – Osoba

JOIN US EVERY SATURDAY BY 3P.M AS WE PRAY FOR ESAN LAND.

My father my maker, Wherever the enemies; of my soul shall run to; father locate them and bring them down, in Jesus name

My father, arise, give me prophetic dreams, prophetic eyes, in Jesus name

My father, Any sacrifice offered, to cage my life, receive the fire of God, in Jesus name

My father! Let my destiny, jump out from the cage, of the wicked elders, in Jesus name

Henceforth Oh God, Let your power, lift me above principalities and powers, in Jesus name amen

115 new cases of COVID-19 have been recorded in Ghana. This pushes the country’s active case count to 881. The

European Super League Q&A: What this means for football