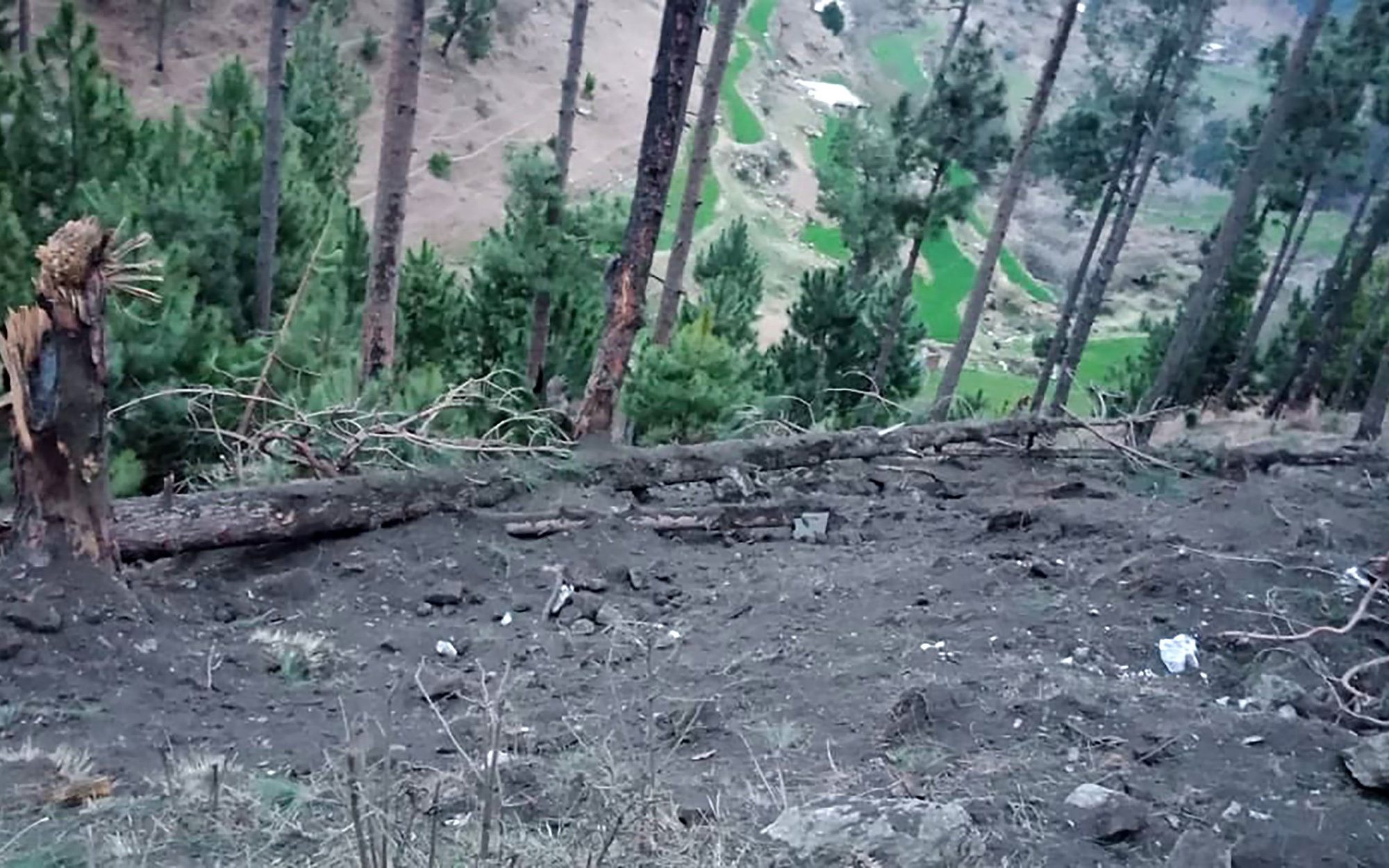 An Indian minister said jets had destroyed a terrorist training camp across the contested line of control in Kashmir, but the Pakistani military said the aircraft had caused no damage after dropping their payload early after being repulsed by defending forces.

The Indian jets crossed near Muzafarabad in Kashmir, according to Maj Gen Asif Ghafoor, spokesman for Pakistan’s armed forces.

He later released photographs of a crater surrounded by trees in hilly terrain which he said was where the bombs had fallen.

“Facing timely and effective response from Pakistan Air Force released payload in haste while escaping which fell near Balakot. No casualties or damage.”

He went on: “Under forced hasty withdrawal aircrafts released payload which had free fall in open area. No infrastructure got hit, no casualties.”

Pakistan’s government said it would hold an emergency meeting to discuss the incident and in the past has said it would retaliate against any aggression from Delhi.

Tensions between the neighbours have been raised since at least 40 Indian paramilitary police were killed in a suicide bombing on their convoy near Pulwama in Indian-controlled Kashmir earlier this month.

Indian aircrafts’ intrusion across LOC in Muzafarabad Sector within AJ&K was 3-4 miles.Under forced hasty withdrawal aircrafts released payload which had free fall in open area. No infrastructure got hit, no casualties. Technical details and other important information to follow.

Narendra Modi faces a general election this spring and has come under intense domestic pressure to respond to an attack he says was carried out by the Pakistan-based militant group Jaish-e-Mohammad.

Both sides claim Kashmir, which is divided between the neighbours by a heavily militarised line of control. Rivalry over the region has led to two of their three wars.

Vice President of Nigeria, Prof. Yemi Osinbajo, has visited the Silverbird Cinemas at Ikeja to watch a movie, The Call,