President Muhammadu Buhari, candidate of the All Progressives Congress (APC), has widened his lead on Atiku Abubakar, presidential candidate of the Peoples Democratic Party (PDP), and has consolidated his position at the top of current results standings.

This is a lead of 4.5million, meaning unless Atiku recovers geometrically in the 27% of the local governments where SaharaReporters is still expecting results, then Buhari will win by a higher margin than the 2.6million votes with which he defeated then incumbent Goodluck Jonathan, also of the PDP.

Atiku lost both in Kano and Lagos, the two states with the highest voting population. In Kano and Borno alone, he did not win a single local government, leaving Buhari with an advantage of close to 2million votes just from two states.

The Independent National Electoral Commission (INEC) is still announcing the results at its national collation headquarters in Abuja, and is projected to formally declare Buhari re-elected on Tuesday night or early Wednesday morning if announcement proceeds at the pace promised by INEC Chairman, Professor Mahmud Yakubu, on Tuesday morning.

The PDP has since rejected the result, branding INEC’s figures “incorrect and unacceptable to our party”. 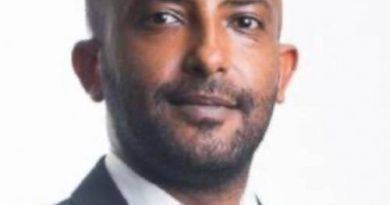 Nigeria: A Decade Of Impunity And Inaction By Netsanet Belay

BBNaija: Khafi Threatens To Sue The Sun Over “Damaging” Publication