By Alexis Akwagyiram and Paul Carsten

It is unclear when a winner will be declared but the vote pitting incumbent Muhammadu Buhari against businessman and ex-vice president Atiku Abubakar is expected to be Nigeria’s tightest since the end of military rule in 1999.

Early results released by the Independent National Electoral Commission (INEC) put Buhari ahead. He won in three of Nigeria’s 36 states – two in the southwest and one in the east. Atiku won in the capital Abuja.

Buhari, 76, is a former military ruler seeking a second term on an anti-corruption platform, while Atiku, 72, has pledged above all to expand the role of the private sector. The outcome appears to hinge on who voters trust most to revamp an economy still struggling from a 2016 recession.

At stake is the leadership of Africa’s top oil producer and biggest economy, scene of a decade-long battle with Islamist militants in the northeast that has spilled over into neighbouring countries and prompted the deployment of a regional task force.

A credible and relatively calm vote would open a new chapter in the chequered political history of Nigeria, where nearly six decades of independence have been tarnished by military coups, endemic corruption and secessionist movements.

Asked about the early results, Buhari said: “I don’t want to depend on rumours, but we will rather wait for INEC to announce the results”.

The election was postponed on Feb. 16, just hours before it was due to begin, with authorities citing problems in delivering ballot papers and results sheets.

“It is highly probable that such a late postponement had negative effects on voter turnout,” John Tomaszewski of the joint U.S. National Democratic Institute (NDI) and International Republican Institute observer delegation, told reporters.

Situation Room, a monitoring mission comprising over 70 civil society groups, said on Sunday that as many as 39 people had been killed in election-related violence, and over 260 in all since the start of the campaign in October.

Voting, however, took place “in a generally peaceful environment”, said Hailemariam Desalegn, head of the African Union observer mission and a former premier of Ethiopia.

“There were scattered incidents of violence but it was not seen as pervasive on Election Day,” said Derek Mitchell, president of the U.S. observer mission.

Previous elections have been marred by violence among supporters of different political parties that at times sparked sectarian conflict.

Nigerian security forces are stretched by the Islamist insurgency along with communal violence and banditry in other areas.

Hours before polls opened, explosions rocked Maiduguri, capital of Borno state, epicentre of the insurgency. In neighbouring Yobe, residents of the town of Geidam fled a militant attack around the same time.

Scattered violence and problems with smart card readers that authenticate voters’ fingerprints meant voting in a small number of precincts had to put off to Sunday, Mitchell said.

Seventy-three candidates in all ran for president, though only those from the two main parties – Buhari and Atiku – were seen as having a chance. (Additional reporting by Camillus Eboh and Felix Onuah Writing by James Macharia Editing by Mark Heinrich) 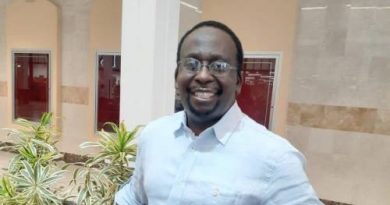 A Deputy Minister of Energy in Charge of Power, William Owuraku Aidoo has said government is taking steps to improve