It’s decision day for Nigerians as voting began this morning as early as 8.00 am at all polling units nationwide. Over 72 million Nigerians, according to the Independent National Electoral Commission (INEC), are eligible to vote in a highly anticipated election that was postponed by one week.Media reports indicate the elections have been largely orderly and peaceful. This is good news because of the disruptive nature of previous elections in Nigeria. In any event, who does not want peace? Only the enemies of Nigeria will vote for an election marred by violence and bad behaviour just because they are bad losers but they must also realise that the times are changing and the will of the people will always prevail, no matter how long it is delayed. Those who perpetrate rigging of any kind – vote buying and ballot snatching and other dubious methods to win elections at all costs – are bad losers and are the enemies of Nigeria; in the fullness of time, they would be disgraced and inducted into the hall of infamy.

I was mightily impressed with the briefing yesterday ahead of the polls by INEC Chair, Prof Mahmood Yakubu and the acting Inspector General of Police, Adamu Mohammed. They were unmistakable in their determination and resolve fora hitch-free and peaceful election. As journalists posed their questions, the answers were indicative of the preparedness of INEC and the security agencies to ensure there was orderliness today at the polls.

With the solid assurances provided by Prof Mahmood Yakubu and Adamu Mohammed, Nigerians are trooping out in great numbers to cast their votes which is a good step to performing their civic duties. The power to decide who rules over us is in the vote we cast every four years – so much enthusiasm is being displayed by Nigerians who are eligible to vote as they satisfy themselves that they have made a free choice based on their convictions and preferences, whether the candidate wins or not; that is the beauty of democracy that we must all work very hard to protect in Nigeria. The increased awareness enabled by the traditional media and social media engagements shows how eager Nigerians – both at home and in the diaspora – have become to have a say in the final outcome of the election. The awareness is translating into more vigilance by all Nigerians in the making of a new Nigeria; the era of ‘siddon look’ is over, so every Nigerian voice must be heard as we seek for a better, fair and just society.

We cannot rule out completely pockets of violence that would occur as they elections go on but I’m hopeful they would be isolated cases which the security agencies can manage. The feedbacks from the prominent actors in today’s elections have also been encouraging but it is unwise for representatives and spokespersons of the two main political parties to be making inflammatory statements – which has unfortunately become a pattern – in view of expected outcomes of the election.

Expectedly, the US, UK and EU governments have taken keen interest in our elections holding today and in two weeks’ time. In a pointed message yesterday, Jeremy Hunt, the British Foreign Secretary, admonished Nigerians to embed democracy through a credible election that is free and fair. In a sense, the message was a caution that Nigeria, being the largest democracy in Africa, is too big to fail. Whatever happens in Nigeria during the elections, Hunt further said, matters to the whole world and to Nigeria.

More and more Nigerians are having faith in the electoral process in spite of the false start by INEC last week. This can possibly explain the impressive turnout of voters at different polling units nationwide. Even where there were delayed voting, INEC has approved extension of voting period in those places so that no Nigerian is disenfranchised. I’m also aware all the plans for a successful conduct of the election will not be perfect; there would be hitches here and there, but overall, the feedbacks have been positive and encouraging. INEC, well done!! However, whereas movements can still be restricted, eligible voters should be able to vote from any location, and not necessarily at the places they registered as long as the voter has a permanent voter’s card. If you registered at your place of work, it is very unlikely that you can vote on election day when you are at home because of the restriction.

I was happy to read a positive feedback by Fred Amata, a Nollywood actor and producer, in one of the social media outlets this afternoon after casting his vote. He wrote, “I have voted. Election materials and ballot papers came late but initial delays were soon overtaken by INEC’s meticulous arrangements. Soon, were separated into two lines using numbers. Amidst the complaints that card readers were not working or working slowly, back up card readers were functioning and the voting process was going on. No rancour; an air of friendliness pervaded even among reps from different parties. I don vote. All was calm and orderly when I left.”

For me, this is a good testimonial on how INEC and in deed Nigerians voted for a peaceful and orderly conduct of the elections. I give my kudos to Prof Yakubu and his colleagues and every stakeholder for the positive feedbacks received so far.Why are Nigerians so keen to vote in this election and in deed subsequent elections? My earlier thesis will still hold – Nigerians are becoming wiser; they want leaders who can chart new course of progress for sustainable growth and development. We have been fed with too many promises and lies in the past and with a growing youthful population aided with new technologies, vote buying will soon become a thing of the past.

Politicians play on the emotions of voters which explains why money is usually offered to them; there is so much poverty in the land – and that is a statement of fact. Nigerians want progress in all its ramifications. The chorus is getting louder by the day for us to enthrone an egalitarian society championed by a government with purpose right from the local government level instead of just sharing monthly allocations without lasting impact in any area of development – handouts that are used to oppress the people. Nigerians now want to take their destinies into their hands because of numerous disappointments by our political leaders and previous military governments.

A trending conversation amongst a cross section of Nigerians ahead of the polls was their seeming frustration by the inability of the younger presidential candidates to form a coalition and present a preferred candidate. These are Nigerians – including those in the diaspora – who do not think Buhari or Atiku will be the answer for them in today’s election. A credible ‘third force’ for them, according to the analysis on social media, would have been a better alternative just to make a point, even if the candidate did not win. Their view is that if forming a coalition was impossible, then Nigeria is in big trouble as we strive to build a generation of new leaders with purpose and vision. Why does everyone want to be the master? I was told it’s a Nigerian way of life because we do not trust each other. In one instance, a frustrated respondent lamented that you cannot have two captains in one ship. When I probed further, asking him whom he thinks would win today’s presidential election, he said,“May God’s will be done.”

Braimah is a public relations and marketing strategist based in Lagos. 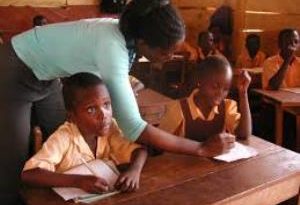 Let's see how all that will play out

My guy, the portal uploading won’t let anyone rig, fill result sheet, all agents sign sheet, upload online while you have a copy

No such wonders in Edo State election.

Na inec do the vote? Did they not count votes n record results in each poll unit? Are there not parties' agents who certified n signed? Wouldn't they give report to their parties? Don't they have copies of the results?

Forget, obaseki don win e don win, if APC get plan be dem for not dey buy one vote for 5k today and we still fuck Dem up.