Last Saturday the presidential poll finally took place in Nigeria after having been postponed controversially for one week. The crucial presidential and legislative election for a new President and federal legislators respectively went relatively well despite minor hiccups and hitches here and there. In a vast federation like ours it was not unexpected that some minor incidents would be witnessed given the volatile nature of our national politics.

Nigerians of all walks of life trooped en masse to the polls across the federation to exercise their inviolable constitutional right of choosing among scores of candidates (jostling for the most powerful position of power and authority in the land) who was best suited for the coveted executive and legslative jobs.

Every four years cycle in Nigeria the elective season is replete with violence, arson, murder and ritualism — power and money being about everything in our fantastically-corrupt motherland — politicians of fortune go to the extreme sometimes to gain access to the national or states’ treasuries. And upon gaining power by hook or by crook they proceed to inflict fiscal damage to the system leaving same bleeding and gasping for breath as it were.

Months leading to the general elections the proscribed Indigenous Peoples of Biafra (IPOB) had issued a boycott notice  to its teeming supporters in the South-east warning that failure to abide by the no-election-in-Biafraland directive would have dire consequencies. There were palpable fears in Igboland given the nuisance value of the so-labelled ‘terrorist’ organization. But days to the rescheduled polls the Kanu-led IPOB had rescinded their decision urging people to go out and vote.

Post-postonement of the general elections there were tensed atmosphere of mutual accusations and counter-accusations against INEC. The recriminations bothered on politicking and attempt at political horse-trading. For the ruling APC coalition the opposition PDP colluded  with INEC to postpone the polls! And for the latter the APC were manipulating INEC in order to be favoured. But Prof. Mahmud Yakubu and his team remained focused and concentrated refusing to be drawn into the petty politics of partisanship or favouritism.

INEC must do everything possible to remain neutral, above the fray. Any attempt to play games with the destiny of millions of our people would not augur well for the politico-social and economic well-being of our beloved nation. To this end, therefore, the outcome of the election must be made to reflect the wishes and aspirations of Nigerians. There must not be any compromise on this score!

Whoever wins must be declared as such and whoever loses must be announced as having lost. It is only by so doing that the electoral process would be judged and adjudged to have been a resounding success. Anything less would be unacceptable! The silent majority would rise and defend their votes and that could provoke a mass revolution whose impact could be devastating.
In Nigeria it is a sad commentary to say that politics has been so bastardized that one cannot aptly describe the political motions and emotions at any particular point in our national tortured democratic trajectory. Among the politicians we are ‘cursed’ with as ‘leaders’ you can easily find professional treasury raiders, killers, ritualists, and glorified philanderers. What they have in common is nothing but corruption and ineptitude.

As we await the ‘new’ President-elect Nigerians must maintain the fragile peace and tranquility in our dear country. No Nigerian blood is worth being shed for the election of any President!
If President Buhari is re-elected against all expectations then Nigerians back home would be subjected to another four odd years of more ‘change’ that hardly translated into a better life for the people. In the ‘improbable’ event of Buharism coming out of the poll victorious then there would be ‘next level’ of ubiquitous poverty, generalized insecurity accentuated by both the Boko Haram and Fulani herdsmen terrorism. If he wins then our poor people would be made even poorer while the identified cabal running the national affairs by proxy would be made richer and more powerful!

On the contrary, however, if the formidable opposition PDP’s Atiku Abubakar triumphs expectedly then the expectation of a restructured Nigeria would be made manifest in his presidency. In the event of ‘Atikulated’ being declared the winner then Nigeria would witness a rapid economic and social transformation given the pedigree of the Wazirin Adamawa as a workaholic and good manager of men and resources. With Peter Obi as his Vice the South-east, long neglected, would feel a sense of belonging  to the ‘mere geographical expression’ called Nigeria.

Very few Nigerians doubted the capacity and preparedness of Alhaji Abubakar to ‘make Nigeria working again’ having coveted the top job for many years without achieving his desperate desire. But the problem remains: are we poised to witness ‘Atikulated’ at work or ‘Atiku-looted’ at work? Between Atikulated and ‘Atiku-looted’ the future could be said to be uncertain indeed.
If INEC announces Comrade Omoyele Sowore of the AAC as the winner then Nigeria would definitely witness a revolution of epic proportions. In that epochal event the political gerontocratic establishment would have been politically beheaded and killed for good!

With Comrade Sowore as President Nigeria would certainly experience real change in the way we do things and conduct our national affairs. Institutional corruption would be nipped in the bud or eliminated, employment opportunities would explode, health would be given deserved attention, security  would be a priority. Sowore as President would knock sense back into the present senseless situation of things as he executes his ambitious project of taking Nigeria back. Besides, the stagnant economy would be given a boost with foreign investments. Workers across board would be paid livable wages.

Whoever emerges winner in the presidential poll democracy must be made to be triumphant! The victor must be magnanimous in victory while the vanquished must accept their fate and wait for another opportunity in the next four years. Ex-President Goodluck Jonathan had demonstrated how possible it could be to congratulate a political adversary who trashed one during an electoral process. His good patriotic example must be followed. Elections come and go but Nigeria must survive and be made great in our generation. 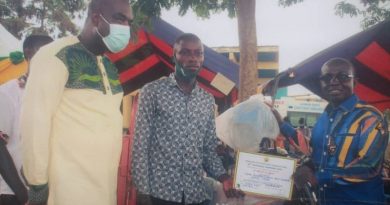 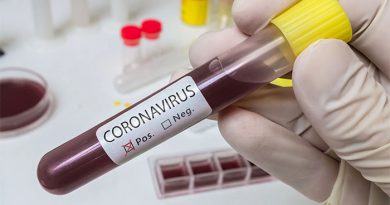