The road leading to the polling unit was free from vehicular movement due to the restrictions ordered by the security agencies. In view of this, I had to trek for circa 15 minutes. I almost shelved the plan of exercising my franchise, when I realised the delimination unit was Owode/Imuagun; the latter was an unknown town to me, while the former was 10 kilometres away from my abode. I informed my sister and she told me she had a similar thing on her PVC and implored me to go to my registration unit and check if my name is on the voters’ list.

This was about 8:19am. Despite the plea from my guardian to eat before going out, I didn’t yield to it. I was excited and anxious; anxious to perform my civic duty; excited because this was my first time of voting.

I got to the polling unit at exactly 8:47am, the INEC ad hoc staff were assembling the cubicle; some were pasting the voters’ lists on the wall. The pasting took them over 30 minutes. Some instructions were later passed on to the intending voters; this binds on the modalities of voting – the need to be of good conduct in the course of the process, etc. The voting exercise began at 9:20am.

We were a few minutes into the exercise when a middle aged man ran into the building, panting like a 400-metre runner. He was gesticulating and was unable to speak for some seconds. When he did, all he could say was that some people were chasing him. I learnt he was given some money to dole out to the INEC officials and the security personnel as feeding allowance. The other party agents were not cool with this arrangement.

There were two policemen on duty: a male and a female. The former was tipsy, uttering all sorts of gibberish and threatening to cancel the election if it was disrupted by the party agents. The voters had already deciphered his predicament and left him. Nine ad hoc staff, as well as a presiding officer, were on ground in my polling unit.

Two domestic election observers came to the polling unit, spoke to the security personnel and INEC officials and jotted their responses in their book. 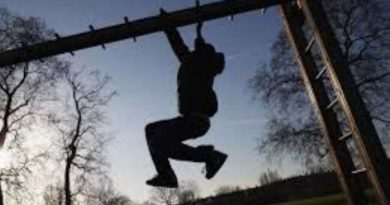 It was a gathering of excitement, fun and creativity on Sunday, August 25th, 2019 as award-winning interior designer Funto Ibuoye,