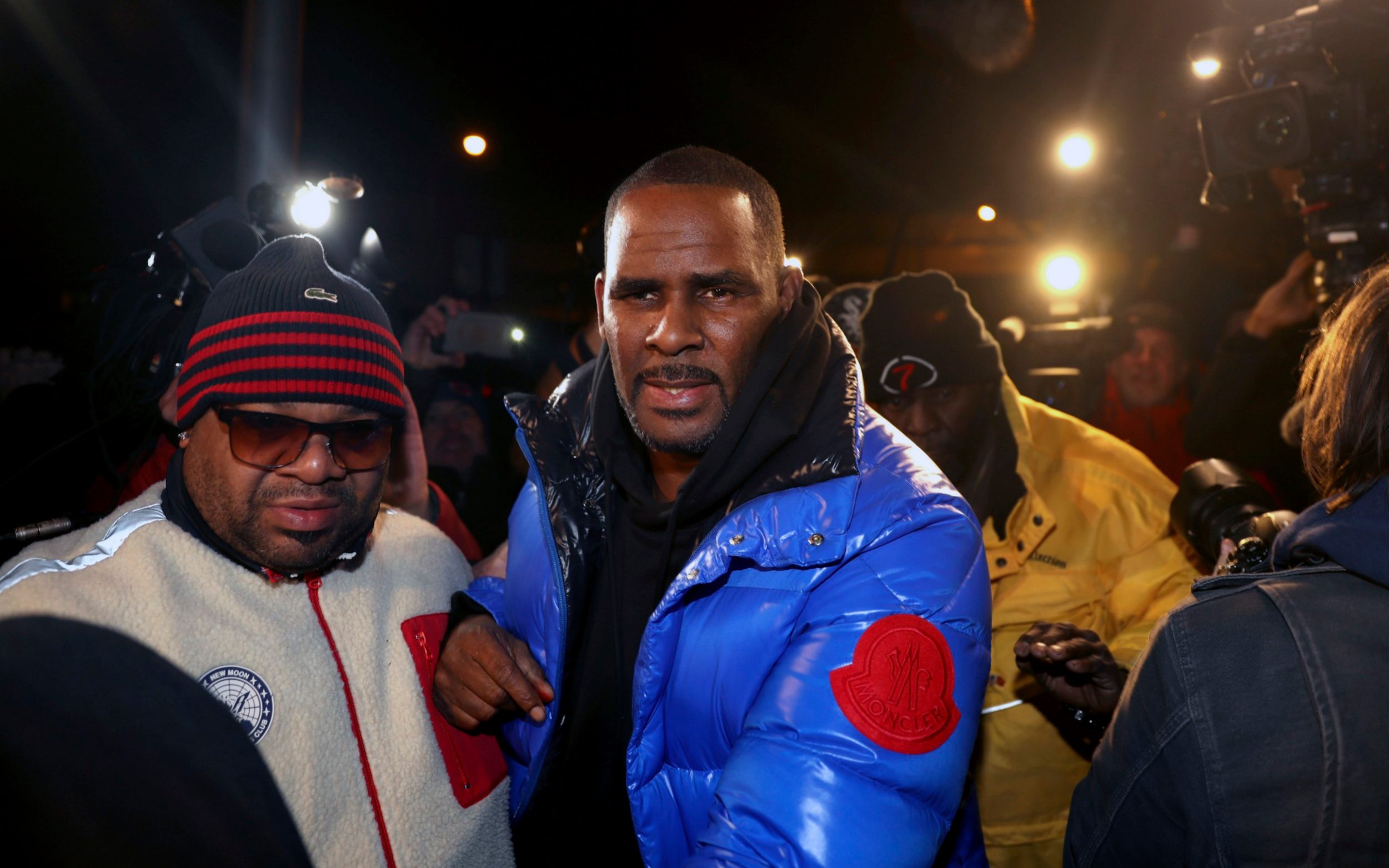 R. Kelly, the R&B singer, has turned himself in at a Chicago police station after being charged with ten counts of aggravated sexual abuse involving at least three underage girls.

The charges come after years of allegations directed at the musician, accusing the now 52-year-old of sexual misconduct involving women and underage girls. Through his lawyers, he has consistently denied them.

The singer, whose legal name is Robert Kelly, is one of the top-selling recording artists of all time. He has won multiple Grammys, including for his hit-song, “I Believe I Can Fly”.

A judge in Cook County, Illinois approved an arrest warrant for the singer after he was charged by prosecutors on Friday.

Kelly was driven to a Chicago police station in a dark colored van with heavily tinted rear windows around 8:15 p.m. Friday. He did not respond to questions from gathered reporters as he walked inside the building.

Police spokesman Anthony Guglielmi tweeted a short time later that Kelly was under arrest. He was expected to be held overnight before an appearance on Saturday in bond court.

“He is extraordinarily disappointed and depressed. He is shell-shocked by this,” his lawyer, Steve Greenberg, told The Associated Press.

Greenberg, told reporters following the singer’s arrest that one of the charges he faces appears to be tied to a decade-old child pornography case.

“Double jeopardy should bar that case,” Greenberg said. “He won that case.”

The charges relate to four victims, at least three of whom were girls aged between 13 and 16 years old whom he allegedly abused between 1998 and 2010, prosecutors in Cook County said. The age of the fourth victim was not provided.

In a brief press conference on Friday, Kim Foxx, the Cook County State’s Attorney, outlined the charges against Kelly.

Kelly faces between three to seven years in prison on each count if convicted, Ms Foxx said.

If Kelly is convicted on all 10 counts, a judge could decide that the sentences run one after the other – making it possible for him to receive up to 70 years behind bars. Probation is also an option under the statute.

After 25 years of serial sexual abuse and assault of underage girls, the day of reckoning for R Kelly has arrived.

In 2008 a jury acquitted Kelly of child pornography charges. Those charges stemmed from a video prosecutors alleged showed him having sex with a girl as young as 13.

Mr Avenatti, who is representing several clients linked to the singer, applauded prosecutors for filing charges. “The day of reckoning has arrived”, he said in a tweet.

Gloria Allred, who represents two of Kelly’s accusers, said in a statement: “The days of running and hiding his victimization of women from the criminal justice system have now come to an end for R. Kelly.”

The singer has denied allegations of sexual misconduct involving women and underage girls for years.

They included those made in a recent documentary called “Surviving R Kelly” which revisited old accusations and brought new ones to light.

The new charges against Kelly come less than two months after State’s Attorney Ms Foxx said she was “sickened” by the allegations detailed in the documentary and made a public appeal for new accusers to come forward.

According to The Chicago Sun-Times, at least two women came forward after the prosecutor made her appeal.

In 2018 the singer released a song responding to the allegations in which he also claimed he had been abused himself by a “family member” as a child.

US election 2020: The Democrat candidates who are running for president