He woke up to a bright and sunny morning. It is an important day; a time to do his bounden duty to his country. Nothing betokened that it will be his final rite to this “shrine”. Instead of taking his vote, it took his life.

A young voter killed at a polling unit in Anyigba, Dekina local government area, Kogi state. He was allegedly killed during an argument over who he should vote for. He died violently exercising his right in a place that should have been a refuge.

In Rivers, the grim-reaper’s scythe reportedly hacked down two persons. And there are reports of unmitigated violence at different places in the state. An agent of a political party was shot dead by security agents.

In Delta, three voters were reportedly killed by the crimson bullets of some armed thugs at a polling unit in Amukpe area of Sapele town. The violators were said to have shot at voters as they queued to cast their ballots.

In Bayelsa, two persons were reported killed in Membe after violence broke out in the area.

In Lagos, thugs set ablaze thumb-printed ballot papers at Ohafia Street, Ago Palace Way in Isolo local government area. The hoodlums did not let up until they were accomplished. They went to other voting stations around the area to smash ballot boxes and intimidate voters. This picture also captures the exercise in some other parts of the state.

In Kaduna, there are reports of a blockade in some areas, impeding voters from exercising their rights.  In Akwa Ibom, there is a flurry of reports of ballot-box snatching.

Also, in Ondo, there are depressing reports of hijack of ballot boxes involving some high-profile individuals. Really, there are many sombre reports, too exhausting to tabulate.

An election should not cost the lives of citizens. Even if one soul is lost, the exercise is a “blood election”. Can we get it right?

I think, the reason for “blood-balloting” here is because of the stakes.  The stakes are corrupt. Political power is often for abusive use and for not citizens’ protection and betterment. I do not think any politician will sponsor violence against opponents or a voting section he considers “opposition”, if he really wants power for good of the people.

With the wide outbreak of violence, hijack of ballot boxes, intimidation of voters and the killings across the country, regardless of who wins this election, Nigeria has clearly lost. 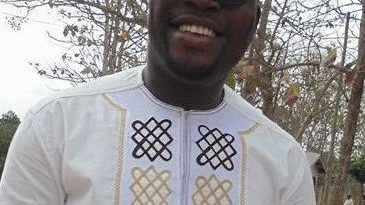