“After an extensive and careful examination I have concluded that there is either insufficient evidence to provide a realistic prospect of conviction or it is not in the public interest to bring a prosecution in these cases,” the SFO’s new director Lisa Osofsky said here

Osofsky took up her position last August, and according to the agency has since closed a number of other investigations that were not made public. The SFO has been facing political scrutiny over the collapse of a number of long-running cases.

In December a trial of executives at supermarket Tesco collapsed, while the agency failed in October to win an appeal against a court ruling that threw out criminal charges against Barclays Plc over alleged wrongdoing in 2008.

The investigation into Rolls-Royce began in December 2013 and did result in a deferred prosecution agreement (DPA)in early 2017 with the company and one of its units in respect of bribery to win business in Indonesia, Thailand, India, Russia, Nigeria, China and Malaysia.

Rolls-Royce agreed to pay 497 million pounds ($646.65 million) as part of the DPA, clearing the company but allowing for continued investigation and potential prosecution of individuals.

“It is extraordinary the SFO are unable to charge any individual suspects in relation to Rolls Royce given the scale of the allegations in the DPA,” said Sarah Wallace, a partner at law firm Irwin Mitchell

“It looks like Osofsky is drawing a line under historical cases and wants to stamp her own mark on new cases going forward”.

Rolls-Royce said it noted the investigation but would not comment further.

GSK said in a statement it was “pleased” the SFO has closed it investigation and concluded that no further action was required.

The SFO launched an investigation into GSK and its subsidiaries in 2014. Britain’s biggest drugmaker was earlier fined 3 billion yuan ($446.86 million) by Chinese authorities for paying bribes to doctors to use its drugs. ($1 = 0.7686 pounds) ($1 = 6.7135 Chinese yuan renminbi) (Reporting by Noor Zainab Hussain in Bengaluru; editing by Jason Neely and Rachel Armstrong) 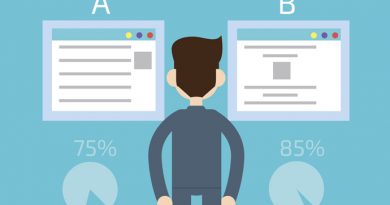 Correct your english there's nothing like casted but CAST!!!.

no level for apc

Those who make much noise are not necessary achievers, so ours is for Jesus in uromi land in Jesus name Amen. ... See MoreSee Less

According to NYC-based plastic surgeon Dr. Melissa Doft, the number of submental liposuctions (a.k.a. getting the fat removed from around

Mourn Ruth Bader Ginsburg, but don’t give in to despair — it’s time to fight like hell instead