* Buhari has faith in electoral commission to conduct vote

* President urges Nigerians to “go out and vote”

ABUJA/MAIDUGURI, Feb 22 (Reuters) – President Muhammadu Buhari on Friday urged Nigerians “to go out and vote”, promising that there would be adequate security for Saturday’s postponed election that pits him in a tight race with businessman Atiku Abubakar.

The Independent National Electoral Commission (INEC) announced a week’s delay to voting in the early hours of last Saturday, just as some of Nigeria’s 72.8 million eligible voters were preparing to go to polling stations.

In a televised morning address on the eve of the vote, Buhari asked Nigerians to “cast aside doubt and have faith that INEC will rise to the occasion” on Saturday.

“Do not be afraid of rumours of violence and unrest. Our security agencies have worked diligently to ensure that adequate security measures are in place,” he said.

Buhari’s rival Atiku, a former vice president who is representing the main opposition People’s Democratic Party (PDP), made a similar appeal to voters through his Twitter feed on Thursday night.

“This Saturday, a vote for PDP is a vote to get Nigeria working again. Come out, vote and #DefendYourVote,” Atiku said in a tweet accompanied by a video of his rallies.

Buhari, a former military ruler who was later elected president in 2015, faces a close contest against Atiku to lead a country that has Africa’s largest economy and is its top oil producer, but is plagued by corruption and insecurity.

The Boko Haram militant group and its offshoot, Islamic State in West Africa Province, have carried out deadly sporadic raids in the northeast’s Borno state. Boko Haram has warned people not to vote.

Witnesses and security officials told Reuters that an attack in Borno on a governor’s convoy on route to an election rally on Feb. 12 was deadlier than the government had said.

“I think everybody has to be concerned about the security … it is something that it worries people,” James Jatto, a pastor in Maiduguri said.

For Ali Gwarfa, an internally displaced person in Bakassi camp in Maiduguri, said he was preparing to cast his vote in a nearby centre despite the insecurity.

“We must go and vote for the candidates of our choice,” Gwarfa said.

In President Buhari’s hometown of Daura in northern Nigeria, an election official, Saeed Ahmed, said electoral materials were being transferred to polling stations.

“I am very optimistic that tomorrow election will be credible, free and fair,” he said.

In Lagos, Cheta Nwanze, head of research at SBM Intel, a Lagos based intelligence firm, said the postponement of the election would favour the opposition.

“I think it is important to say that, it cast the APC ruling party in bad light and it builds popular anger towards them,” Nwanze said, referring to Buhari’s All Progressives Congress (APC) party.

Members of Buhari’s APC party and those of Atiku’s PDP have accused each other of being behind the delay and colluding with the electoral commission.

Neither party has publicly provided evidence to back up their allegations.

The INEC’s chairman Mahmood Yakoob has insisted that the vote will go ahead on Saturday. He blamed logistical reasons for the postponement, and said there had been no external pressure. 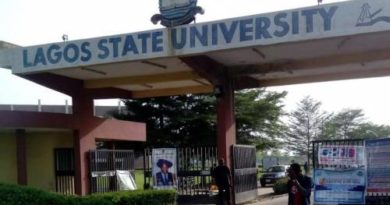 LASU: Arresting The Drift Towards Authoritarianism By Adewale Agbaje 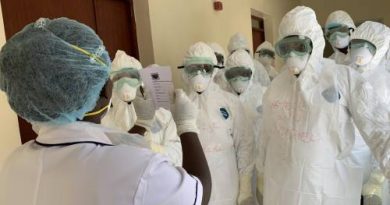 Former President John Dramani Mahama has extended his condolences to the family of Dr. Richard Kisser, a Consultant Surgeon of