“After an extensive and careful examination I have concluded that there is either insufficient evidence to provide a realistic prospect of conviction or it is not in the public interest to bring a prosecution in these cases,” Lisa Osofsky, director of the Serious Fraud Office, said here

The investigation into Rolls-Royce resulted in a deferred prosecution agreement with the company and one of its units in respect of bribery and corruption to win business in Indonesia, Thailand, India, Russia, Nigeria, China and Malaysia, the SFO said.

The SFO launched an investigation into GSK and its subsidiaries in 2014, focused on commercial practices by the company, its units and associated persons. 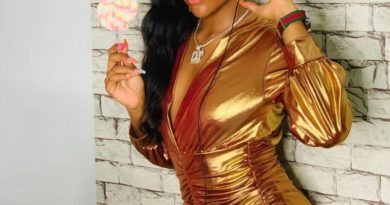 Is King Solomon your father?

In an effort to further strengthen the proactive measures to address the spread of the global Covid 19 pandemic, The Executive Chairman, Igueben Local Govt., Hon (Bldr) Dr. Josie Ogedegbe (JP) on Tuesday 26/1/2021 inaugurated a special task force to enforce restriction orders aimed at curtailing the Covid-19 second wave in the area.

Inaugurating the committee, Hon. Ogedegbe said the government was not particularly happy about the way Covid 19 protocols was being defied. He explained that the inauguration had become necessary to stop the spread of the pandemic.

The terms of reference according to the the Local Govt Boss, include to ensure that all private and public schools in the state are in compliance with the Edo State government directive and there is no gathering of more than 50 persons anywhere in the local government area LGA.

The task force is also to make sure that all public transport carries the required number of people and all market men and women practise hand washing in their markets and shops. Adding that, burials, weddings, political meetings, church services and other congregations that are not more than 30% at a given period of one hour.

Hon Ogedegbe emphasized that there would be mobile court to sanction offenders.

Others are representatives of the, Nigerian Security and Civil Defence Corps, Christian Association of Nigeria CAN, Muslim Community, market men and women and other ethnic nationalities.

Inspector General of Police, Mohammed Adamu has said that it is illegal for vigilante groups to carry arms.-News
***But it's legal for Fulani Herdsmen to carry arms. Buhari Govt is the problem. ... See MoreSee Less

Adamu is clannish and we know he is serving the interest of the Fulanis rather than the collective interest of Nigerians! Security is breached in Nigeria only when the Fulani's live is involved or threatened! All other lives - to him are cheap and and do not matter!!

COVID-19 has cost $28trn; time to prepare for next epidemic — Bill Gates

Halsey Is Pregnant With Her First Child