Supply cuts led by the Organization of the Petroleum Exporting Countries and its allies, including Russia, and oil sanctions on Venezuela and Iran helped to limit losses. Progress in U.S.-China talks to resolve a trade dispute that has dampened global economic growth also supported prices.

Crude inventories at Cushing, Oklahoma, the delivery site for U.S. crude futures, accounted for 3.4 million barrels of the rise.

“The overall headline number on inventories were higher than expected, and most of that build though was coming from Cushing, Oklahoma,” said Phil Flynn, an analyst at Price Futures Group in Chicago. “In fact, if it weren’t for Cushing, Oklahoma, it would be a modest build in line with expectation.”

Oil prices have been driven up this year after OPEC and producer allies, known as OPEC+, agreed to cut output by 1.2 million barrels per day (bpd) to prevent a supply overhang from growing. Nigeria said on Wednesday it was prepared to reduce its oil output after supplies from the OPEC member rose in January.

Washington and Beijing have started to outline commitments in principle on the stickiest points in their trade tariff dispute, sources familiar with the negotiations told Reuters.

Analysts said that ongoing signs of a global economic slowdown were also preventing prices from surging beyond highs reached earlier this week. (Additional reporting by Stephanie Kelly, Noah Browning in London and Henning Gloystein in Singapore Editing by Marguerita Choy and Richard Chang) 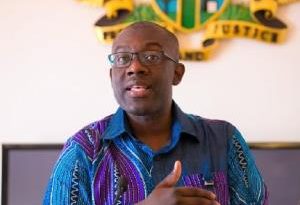 The beautiful woman in the picture is Deaconess Mrs Maria Omonigho Okpere, she is my mother and she is in her mid 60's. Amazingly she shares the same birthday with Nigeria's independence, October 1st.

Listen to article One of the most prestigious, standard and disciplined academic institutions in Nigeria and across Africa, The University