LONDON, Feb 20 (Reuters) – Nigerian programmes for April loading had yet to emerge on Wednesday and were expected on Thursday, traders said, as Indian refiners issued buy tenders which could mop up a March overhang.

* Some 15 Nigerian cargoes remain from the March programme, which traders said was in line with some previous months.

* Nigerian differentials stayed steady at a premium of around $1.85 above dated Brent.

* China’s Unipec made a sell offer of Angolan grades Sangos at a premium of 80 cents to dated Brent for loading on April 12-13 and Nemba at $1.30 for loading on March 4-5, trimming down from earlier offers of $1.00 and $1.50 respectively

* India’s IOC has issued a tender for Nigerian or Angolan crude loading April 15-24, set to close on Thursday

* Indonesia’s Pertamina has issued a buy tender for cargoes for the end of April or May delivery. The tender closes this week.

* India’s HPCL has issued a buy tender for April-loading cargoes, set to close on Thursday, which traders said is for a West African grade.

* Nigeria is willing to reduce oil output to help secure higher prices, the spokesman for President Muhammadu Buhari said on Wednesday, after a Saudi envoy called on the African nation to adhere to a deal on production cuts. 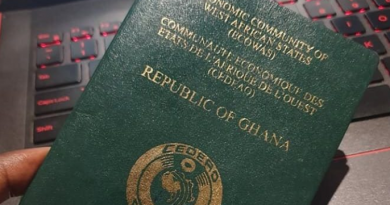 Farmers will reap benefits of our policies – Buhari

COVID-19 continues to cast a shadow over South Sudan, impacting children and youth greatly. To mitigate some of the effects