The Buhari-led Federal Government has been delaying the implementation of the miserly N30,000 new National Minimum Wage that was agreed to by the Tripartite committee. In a show of betrayal of trust and disregard for the ILO Minimum Wage Fixing Convention (C131), it even adopted the state governors’ N27,000 recommendation as a National Council of State resolution. Nigerian workers are very much poorly-paid in an era of jumbo pay and public fund misappropriation by political office holders in comparison to other nations across the globe. That enables the increasing social gap between working-class people and a handful of bosses, rapidly eradicating the layer of working people earlier refers to as the “middle class”.

Clearly, Buhari has shown no serious commitment to the interest of the working masses over the last four years. The lot of workers has been one of increasing hardship. Of course, the PDP candidate in the person of Atiku Abubakar is fundamentally not different from Buhari. Historically, he has a terrible record of not addressing the interest and the needs of the working class and the organized labour, specifically as the VIce-President.

He is rather interested in enriching his friends and families with the nation’s commonwealth at the expense of the workers who create wealth. And he has promised to do more of pro-rich and anti-poor economics, if elected into office. Obviously, he has no plan for the poor masses, this is evident in his response when he was asked on a national broadcast about his plan for the poor masses, he responded to Kadaria Ahmed the interview; “are you a socialist?”. That is a clear indication that Atiku, Buhari and co have no plan for the working-class people.

Yet there are signals from different corners that the global oil price might fall below what it is right now. That is a signal that the Nigerian economy that is hugely reliant on crude oil could be in for a rough time.

More concretely the global economic crisis that has lasted for more than a decade now still continues and with the anti-people policies/promises of Buhari, Atiku and co life is likely to get even more difficult for the working masses.

Economic crises and the minimum wage

Public-funded provision of sustained and inclusive social protection, a  national minimum wage which is a living wage, renationalization of privatized corporations, initiating a massive industrialization process and ensuring labour market regulation are fundamental steps to take to safeguard and improve the lives of poor working-class people.

This will require anti-austerity measures and a clear departure from all forms of neoliberal ideas including public-private partnership (PPP) models. Atiku and Buhari are both tied to the neoliberal ideology and policies that brought the nation into crises in the first place. So, clearly they cannot help the working people out of it nor prevent another looming crisis, “their hands are tied”.

The APC-led Federal Government and it predecessor PDP/Jonathan-led Federal Government placed the burden of economic crisis on the working people and poor masses through austerity, school fees hike, subsidy removal among many other attacks. Definitely governments that will not hesitate to make the workers bear the brunt of system failure, are not good for workers and youth.

Omoyele Sowore of the African Action Congress (AAC) understands the importance of a living wage to the lives of the workers and jumpstarting an ailing economy as well. His commitment to N100,000 as the new National Minimum Wage if elected as president is welcome. The N100,000 minimum wage of Sowore/AAC can be better understood if situated in the context of his other pro-masses and anti-establishment policy plan. This includes massive industrialization and economic restructuring to close the gap between the few rich and the poor masses.

In an earlier article titled “Nigeria Workers, Minimum Wage and Capitalism “, I pointed out that a living wage for workers will boost local economy through increase in demand. It thus becomes a means of wealth re-distribution, with increased production and productivity benefiting an increasing number of people. This has both social and economic implications to working-class people and the nation in general.

In conclusion, we recommend that the African Action Congress (AAC) and the TakeitBack/Alternative for Masses Political Alternative (TiB-AMPA coalition) should put it at the center of their programs and mobilize the workers around N100,000 Minimum Wage as part of a broader agenda for decent work and social protection. Equally we urge the party to be unequivocal in its stance of “People before Profit”. This, in our view, requites a jettisoning of the logic of Public Private Partnership (PPP). In Nigeria and all over the world, PPPs have in essence just been about governments subsidizing private profits, in the long run.

Finally, we urge the Nigeria Workers to break with the bosses’ parties. APC, PDP and co have nothing to offer us except more attacks on our already battered living and working conditions. We must identify with pro-masses ideas and programs of the AAC/Sowore campaign. Workers of the world unite, we only have our chains to break!

Lai Brown is a member of the Socialist Workers and Youth League (SWL) and National Organizing Secretary of Automobile, Boatyards, Transport Equipment And Allied Senior Staff Association of Nigeria (AUTOBATE), an affiliate of the Trade Union Congress 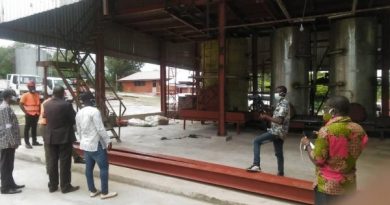 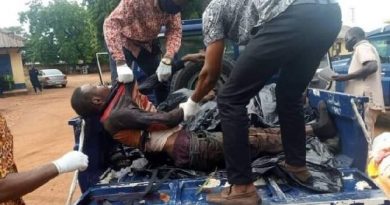 POI :- Who use hammer hit me❓
REF :- Nor be hammer na blow.
GODWIN :- Is a simple punch. Ref let me finish him.
REF :- You wan kill person❓
OBASEKI cool down OGBANE🥂 ... See MoreSee Less

This is fake. Disregard this rubbish being circulated by Pdp e-rats. Pdp has shown to
be hopelessly desperate and irredeemably irresponsible.
Wait for official announcement by Inec. That's the responsible thing to do. ... See MoreSee Less

Guy, you are a big fool

I have been seeing all your useless posts, go and die

You have been saying all sorts of rubbish against the people's governor... you said Obaseki won't get 20% of total vote , now you shouting... una go learn new things

Show is your polling unit

It is so painful nau. He is really in pains. PDP... Ogbane

Ur mumu never still do

Why didn't u snap ur polling unit result and showed us mumu, because of 5k they give u or what they promise u nor come let u get common sense again abi

Bring your own na. Mumu

Let us have ur own vasion

Are you sure of this results

Please be very sure please

My people that is the real result and it has been verified. The result released so far in 1702 polling units out of 2627.

Please show us the correct one. Does it mean that APC doesn't have party agents in the polling units? And did not have a copy of each result as announced by each poll officer, copies signed off and a master copy pasted on the wall? If no, then what's the essence of party agents and copies of each poll unit results announced after counting the ballots? So which result will poll officers send to collation center if there's non at polling unit? Nna show us the result according to your party agent.

You are the most biggest fool on earth

Is it the result you guys prepared before election? Inec will disappoint you o. USA and UK ban is real o!

Add on WhatsApp 👉+1(318)3830560 Learn hacking to be more savage, be a boss on your own and learn professional work to pay your bills, learn the following: Bitcoin mining, PayPal account loading, spamming social media hack or retrieve🔒, email cracking📱, darkweb, and termux hacking, learn how to access Mariana web.contact on WhatsApp 👉+1(318)3830560 Click on the link to join this telegram channel for free tutorial. 👇👇👇👇 t.me/blackhathack557 t.me/blackhathack557

Matt WinkelmeyerGetty Images Like the rest of the world, I’ve become accustomed to living a life without the small pleasures

Military arrest 11 suspected members of a cult group in Jos