The distribution of Trader Moni, a no-interest loan scheme championed by the Nigerian government, was disrupted by violence on Tuesday.

During the distribution at Lafenwa Market in Abeokuta, the Ogun State capital, on Tuesday, trouble started when the traders were allegedly asked for their Permanent Voter Cards (PVCs) numbers in exchange for the no-interest loan.

The Nation newspaper reported that the market leaders, who led the distribution, were taken away by some persons, who were about 50 in number.

Members of the Abeokuta North West Local Council Development Area (LCDA) were accused of leading the hoodlums to hijack the process.

Monsuru Shorunke, Chairman of the LCDA, took responsibility for the action, stating that he had heard that some people came to the market to collect names of traders, including PVC numbers, in exchange for money.

He said: “We heard that some people came to Lafenwa Market, collected people’s PVCs from the traders with their names and PVC numbers.

“Governor Ibinkunle said we should go out. It was Governor Amosun that sent us. I was in front of the Governor when we heard the Information. So, I collected Iyaloja’s phone number from Akintona. We took Iyaloja to the Governor’s house alongside the Babaloja of Lafenwa.

“We believed it was wrong for them to come and collect people’s PVC with numbers before the election day. That was what they came to do at Lafenwa.” 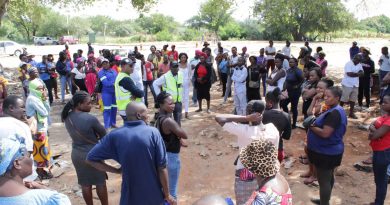 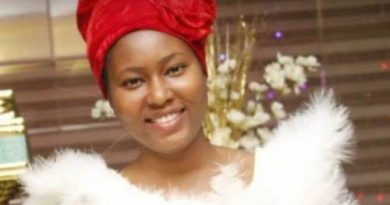