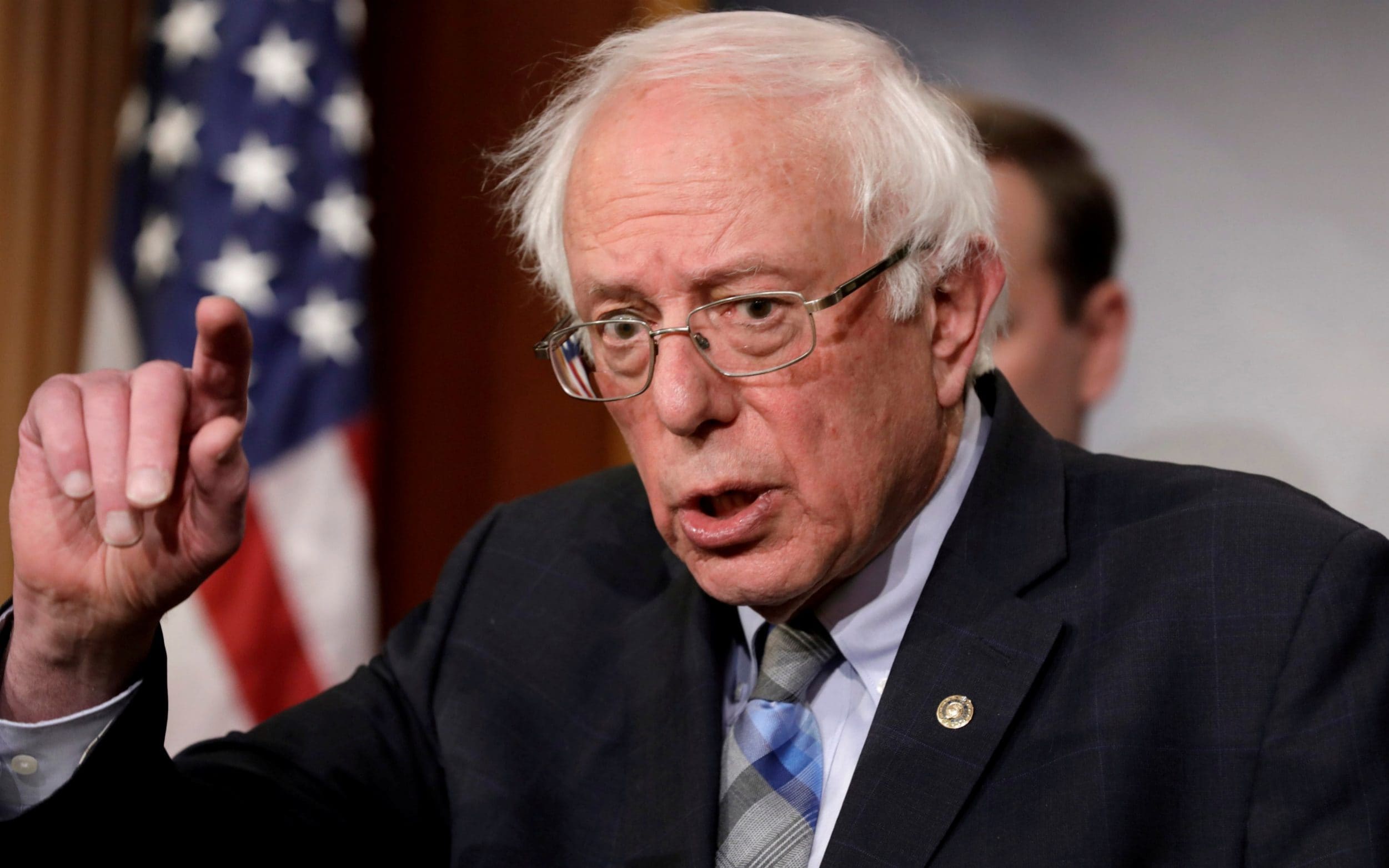 Bernie Sanders dubbed Donald Trump a racist, sexist and “pathological liar” on Tuesday as he launched a presidential bid by vowing to finish the “revolution” he started in 2016.

The US senator from Vermont called for a million people to sign up to a grassroots campaign that aims to sweep him into the White House and “transform” political and economic life in America.

Mr Sanders, who calls himself a democratic socialist, outlined an unashamedly left-wing policy platform that included government-funded healthcare for all, free college tuition and a $15 minimum wage.

The 77-year-old will be hoping to reignite the enthusiasm that helped him outperform expectations against Hillary Clinton in the last race for the Democratic presidential nomination. He got 13 million votes to Ms Clinton’s 17 million.

However in the 2020 race competition is even fiercer, with more than a dozen established candidates expected to run and many adopting progressive policies that Mr Sanders has championed.

“Together you and I and our 2016 campaign began the political revolution,” Mr Sanders said in a video message announcing his candidacy. “Now it is time to complete that revolution and implement the vision that we fought for.”

Mr Sanders enters the race with his political strengths apparent, unlike four years ago when he rose from relative obscurity to run Ms Clinton far closer than was predicted.

He has a clear political identity already known to voters, whereas many rivals will have to get across their personalities and priorities to a national electorate for the first time.

On Tuesday night, Mr Sanders’ campaign said he had raised more than $4 million from nearly 150,000 individuals in the 12 hours since announcing his run.

This surpasses by fat the previous biggest first-day fundraiser from California Senator Kamala Harris, who raised $1.5 million in 24 hours.

Mr Sanders is running on many of the same left-wing policies that electrified part of the Democratic base in 2016. Opinion polls tend to put him second behind Joe Biden, the former US vice president, in this year’s race.

However, Mr Sanders is now no longer the only candidate putting forward a progressive platform, with many of the issues he put forward three years ago now widely adopted.

His proposed legislation on “Medicare for all” – government-funded healthcare for every American – was signed by four fellow senators seeking the 2020 nomination: Elizabeth Warren, Kirsten Gillibrand, Cory Booker and Kamala Harris.

Similarly his call for urgent action on climate change, support for a higher minimum wage and rejection of donations from corporations have been widely adopted by rival Democrats.

During a video announcing his candidacy, Mr Sanders warned that Mr Trump was “the most dangerous president in modern American history”.

He said: “We are running against a president who is a pathological liar, a fraud, a racist, a sexist, a xenophobe and someone who is undermining American democracy as he leads us in an authoritarian direction.”

Mr Trump declined to return fire during a conversation with reporters on Tuesday, saying he wished Mr Sanders well and noting their similarities in trade policy.

But the president predicted the 77-year-old would not win, saying: “Personally I think he’s missed his time.”

Mr Sanders’s age will be put in the spotlight. He would start his presidency aged 79 if victorious, by far the oldest ever first-time occupant of the Oval Office. Mr Trump is currently 72.

He could also be dogged by allegations of sexual harassment against members of his 2016 campaign team – something he recently apologised over.

Mr Trump has previously nicknamed Mr Sanders “Crazy Bernie”. The Republican National Committee released a statement on Tuesday calling him a “self-avowed socialist who wants to double your taxes so the government can take over your health care”.

Mr Sanders attempted to push back on criticism over his electability. “All of those ideas people were saying, ‘Oh Bernie, they’re so radical. They are extreme. The American people just won’t accept those ideas’,  Mr Sanders said of his policies during a CBS News interview.

“Well, you know what’s happened in over three years? All of those ideas and many more are now part of the political mainstream.”

Asked what he would do differently this time round, Mr Sanders said: “We’re going to win.”

Pastor Funke Felix- Adejumo, a Nigerian author and international speaker of the Agape Christian Ministries, has admonished her congregants to

Dyslexia Awareness Month: Ensuring No Child Is Left Behind