Nasir el-Rufai, Governor of Kaduna State, says the number of lives lost to recent attacks in the state has now risen to 130.

el-Rufai stated this on Tuesday when he spoke after a security meeting convened by President Muhammadu Buhari at the Presidential Villa in Abuja.

He then called for more troops to forestall ongoing crisis in the state ahead of the elections.

He claimed that over 130 lives were lost to recent attacks in Kajuru Local Government Area of the state.

The governor has been under attack for saying 66 people were killed on the eve of the last scheduled date for the presidential election.

The Centre for Democracy and Development (CCD) said although there was an attack in Kaduna, the attacks didn’t happen on the eve of the election as claimed by the Governor.

The governor has now said the toll had risen to over 130.

The governor had called those who said nobody died in the attack  “irresponsible”.

He said: “The last report we got is that over 130 people were killed, not even 66. And the Fulani leaders are providing the names of all these people; we have the list and we will release it to the press.

“We can release the pictures of the people killed and how the army had to be there to help bury them two days after they were killed because the bodies were decomposing.

“But some people are being irresponsible. They are pretending this has not happened because it does not fit their ethnic or partisan narrative. It is totally irresponsible because this can happen to anyone of us.”

He said he had been appealing to the victims’ families to avoid reprisals so as not to worsen the security situation in the area.

el-Rufai added: “We requested enhanced military presence in particular locations that are either affected by rural banditry; these are the local government of Birnin-Gwari/Giwa Angchukwu and areas where there has been a history of either electoral violence or ethno-religious intolerance.

“We have already mapped out local arrangements with the Garrison Commander and the Commissioner of Police, and we have made adequate arrangements to ensure that every citizen of Kaduna State will be free to vote in an atmosphere of peace and security.

“We got assurances from Mr President that whatever security assets we need in addition to what is already on the ground to ensure peaceful elections will be provided.”

The governor said the meeting focused on general insecurity in some northern states, particularly Borno, Yobe, Adamawa and Kaduna.

“The Governor of Borno State submitted a comprehensive brief on the situation in Borno and Yobe states, which he is very familiar with, having been on the seat for eight years,” he added.

“The Governor of Adamawa State presented a situation report regarding Adamawa and I submitted a briefing based on what has been happening in Kaduna State in the last few weeks and months.

“We noted the significant improvement in the security situation across our states, in spite of the challenges, and thanked the Federal Government for making available security assets to the states any time we needed them, which has led to some level of stability of the situation.

“Across the states, we are ready for elections; we do not believe that the level of challenges will preclude elections not taking place all over our states. Of course, in the case of Borno, other than one or two local governments that may vote outside of their immediate areas, every voter will vote in their local government, compared to the situation in 2015 that some voters in Borno had to vote in Maiduguri.”

Ahmed Abdulrahman, Commissioner of Police in Kaduna State, announced the arrest of 11 suspects in connection with the Kajuru killings, noting that they would be arraigned on Thursday. 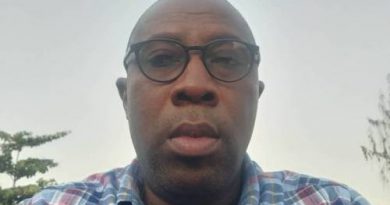 What Does Adeboye Think of Apostle Suleiman? By Bamidele Johnson