In the statement issued by  Phrank Shaibu, the presidential candidate’s Special Assistant on Public Communication, Atiku said President Buhari has shown “his true colour” by threatening death on those caught snatching ballot boxes.

He said threatening people with death in the context of an election is “incitement to electoral violence”.

Atiku also rejected outright, the plan to deploy soldiers for the 2019 elections, describing it as an anomaly in democracy, while condemning what he called “intimidation tactics of the Federal Government”.

He described the directive given by President Buhari to the military and police as an effort to “create an atmosphere of warfare which in turn heats up the polity, which is why it is not a common occurrence in other climes during elections”.

He further said he was not surprised that such remarks came from “the leader of a political party that has threatened that foreigners who intervene in the forthcoming elections should be sent home in body bags”.

He continued: “His (Buhari’s) fig leaf of being a ‘reformed democrat’ has been blown away by this latest statement leaving his democratic credentials as naked as the day he was born.” 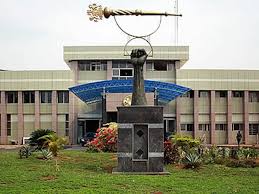 Why I did secretariat toilets project — NYSC member

Distinguish Senator Enyinnaya Abaribe Wins the best Senator Award from the Eastern Bar Forum. A big congratulations to you sir.

Congratulations, More Grace of God upon your life

Congratulations on your well deserved honour, A great Senator of our time.

The only senator we have in Nigeria.

He deserves it, congratulations 🍾 sir

Marriage is Forever
Wedding is For a Day
Don't Impress the Crowd And go Broke ... See MoreSee Less