LONDON, Feb 18 (Reuters) – Angola’s April loading programme emerged on Monday, indicating that crude exports will decline to 43 cargoes from 46 in March. Nigerian April programmes had yet to emerge, as a surprise delay to general elections over the weekend added to uncertainty in Africa’s largest democracy.

* Some 15 Nigerian cargoes remain from the March programme.

* Nigerian differentials were steady at a premium of around $1.85 above dated Brent.

* Angola’s preliminary April programme is the smallest in terms of number of cargoes since February’s 41 cargoes.

* Indonesia’s Pertamina issued a buy tender for cargoes for end-April or May delivery. The tender closes this week.

* India’s HPCL issued a buy tender for April-loading cargoes, also closing this week, which traders said is for a West African grade.

* A delay in Nigeria’s presidential elections set off the biggest decline in the country’s stock market in six months and also put pressure on its bonds and currency.

* Nigeria’s main opposition said President Muhammadu Buhari’s threat to use soldiers to deal with any attempts to tamper with voting material during a delayed vote was a “direct call for jungle justice”.

* Indian Oil Corp, the country’s top refiner, has signed its first annual deal to buy U.S. oil, paying about $1.5 billion for 60,000 barrels a day in the year to March 2020 to diversify its crude sources, its chairman said. (Reporting by Amanda Cooper and Noah Browning; editing by David Evans) )) 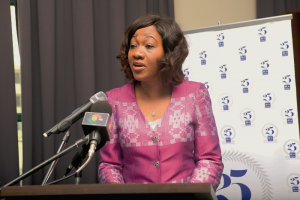