* Delay may lead to disputed result

By Chijioke Ohuocha and Marc Jones

LAGOS/LONDON, Feb 18 (Reuters) – A delay in Nigeria’s presidential elections set off the biggest decline in the country’s stock market in six months on Monday and also put pressure on its bonds and currency.

Nigeria’s electoral commission postponed the vote hours before polls were due to open on Saturday, citing the logistical complexities of holding an election in a large country with a population of 180 million.

The country has a history of election delays; it postponed the 2011 and 2015 votes. But the move surprised financial markets and led both President Muhammadu Buhari and his main rival, former vice president Atiku Abubakar, to call for voters to stay calm.

Lagos’s main stock market finished down 1.6 percent, after a last-minute recovery. At one point, it had fallen more than 2.5 percent, its biggest slump since September and a turnaround from the three-month high it reached last week.

“There is some frustration on behalf of investors, who have had concerns about this election for the better part of the past year and are ultimately hoping to simply put it behind them,” said Christopher Dielmann, a senior economist at Exotix Capital.

Currency traders reacted by pushing one-year non-deliverable naira forwards to 401 per dollar from 397. The naira remains partly controlled by the central bank and was stable at 306.80 per dollar on the spot market.

Investors had started to pick up shares to position for a post-election rally, assuming that the election would pass without violence or other problems. That boosted dollar liquidity on the currency market.

The government’s dollar-denominated bonds sold off, too, and as yields rose, analysts wondered what kind of impact that would have on a naira-denominated debt auction later in the week.

“Some investors might still want to wait for the results of the election to gauge risks, such as a possible contestation of the result, which the postponing arguably now has given more grounds for,” said Cobus de Hart, a senior economist at South Africa’s NKC African Economics.

President Muhammadu Buhari was meeting with senior members of his party on Monday over the postponement. His main rival, former vice president Atiku Abubakar, said on Saturday that Buhari’s administration hoped to disenfranchise the country’s electorate by delaying the vote.

Though a long delay could disrupt Nigeria’s economy, most analysts remained optimistic. A rise in oil prices has helped Nigeria boost FX reserves by around $2 billion since November, insulating it from a broader sell-off.

“I do think people understand the logistical challenges of holding an election this big… and it is not obvious that a delay will benefit either (political) side,” Intellidex head of Capital Markets Research Peter Attard Montalto said.

Others were more alarmed. “The economic consequences of this decision will be felt significantly, as what was supposed to be a smooth process is now mired in lengthened uncertainty and controversy,” analysts at Vetiva Capital wrote in a note.

“We expect the postponement to directly lead to a reversal in the market with jittery investors quickly withdrawing from the market while others wait on the sidelines.” (Editing by Larry King) 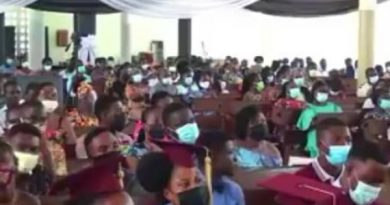