1. It is public knowledge that all campaigns and advertisements of any sort for the presidential and National Assembly election earlier scheduled for 16th February, 2019 were expected to cease 24 hours immediately preceding the polling day.

2. With the shift in election by a week, the INEC Chairman, Prof Mahmood Yakubu had directed that campaigns remain suspended till the new election day. The AkwaIbom State Resident Electoral Commissioner of INEC, Mr Mike Igini reiterated this on 17th February, 2019 during the programme, Sunday Politics on Channels TV.

3. The duo hinged their position on the constitutional mandate given to INEC by virtue of Section 15 (f) of the Third Schedule of the 1999 Constitution of the Federal Republic of Nigeria (as amended) which empowers INEC to “monitor political campaigns and provide rules and regulations which shall govern the political parties.”

4. The Peoples Democratic Party have rejected this directive and have threatened to resume campaigns, arguing that the postponement of the elections should automatically result in continuation of campaigns up till the eve of the new election date pursuant to S 101 of the Electoral Act 2010 (as amended).

5. With due respect to the INEC boss and his officers, the Commission’s legal position is grossly misplaced and unconstitutional. The PDP is right on this one, and has every legal right to resume campaign if it so desires.

6. First, while S 15 (f) of the Third Schedule of the Constitution (supra) empowers INEC to “monitor political campaigns and provide rules and regulations which shall govern the political parties,” the “rules and regulations” in question are not arbitrary decrees but written, procedurally correct and well documented rules. I am not aware of any rule and regulation made in this manner by INEC on campaign activities.

7. In a constitutional democracy, there must be certainty of laws. A public officer is not in the least authorized to make proclamations arbitrarily as though we were in a military regime.

8. INEC knows this but is only being clever by half. A cursory look at the Regulations and Guidelines for the Conduct of Elections published by it lends credence to this assertion. The preamble of that legislation clearly states that it was issued as a Decision Extract of the Commission of the 12th day of the month of January, 2019 purusant to the powers conferred on it by the Constitution and the Electoral Act. It even states further that it shall remain in force until replaced by new regulations or amendments supported by a Decision Extract of the Commission or an official gazette. Talk about certainty of the Law.

9. INEC should specifically reference the provisions of any regulation of hers, that empowers her to terminate campaigns after postponing an election, for her to be taken seriously. Regulations are not made by fiat, and certainly are not products of an afterthought.

10. Second, assuming there is any such regulation, same should be regarded as unconstitutional, ultra vires, null and void for the reasons to be enunciated presently.

11. S 15 (f) of the Third Schedule of the Constitution that was relied on by INEC for its claims ought to have been read in concert with S 15 (i) of the same provision which mandates INEC to “carry out such other function as may be conferred upon it by an Act of the National Assembly.” Apparently, the Electoral Act 2010 (as amended), being a product of S 15 (i) is on the same constitutional footing as S 15 (f).

12. The point is that the Constitution does not purport to empower INEC to make any regulation that is inconsistent with an Act of the National Assembly on electoral matters. Any such regulation would to the extent of its inconsistency and by virtue of the extant principles of hierarchy of laws be void.

13. Indeed S 101 of the Electoral Act 2010 (as amended) criminalizes broadcasting, publishing, advertising or circulating any election related material if done during 24 hours immediately preceding or on polling day. INEC has no powers to restrict the timeline for campaigns having shifted the polling day.

14. It would have been a different case if the election had held in some states but were staggered for other states. The logical argument would then have been that the election had commenced, and campaign ought also to have ceased.

15. The only legal remedy available to INEC as of now (and for future purposes) is to lobby the National Assembly to amend that provision of the Electoral Act to accommodate incidents of postponement of an election and what should be its attendant effect on campaigns.

16. In the light of the above, I submit that political parties can lawfully resume campaigns until 24 hours immediately preceding 23rd February, 2019. 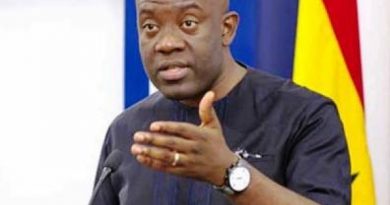 Why we re-opened camps despite COVID-19 pandemic ― NYSC