The All Progressives Congress (APC) has resolved to continue with its campaign in the light of the postponement of the elections.

This was announced by Adams Oshiomhole, the APC National Chairman, at the party’s national caucus meeting held in Abuja on Monday.

The Independent National Electoral Commission (INEC) announced the postponement of the elections by one week, respectively, hours before the presidential and National Assembly elections were scheduled to begin on Saturday, February 16, 2019.

At another conference with political stakeholders later that Saturday, Professor Mahmood Yakubu, the INEC Chairman, had stressed that campaigns remained suspended.

However, the APC has taken a contrary position, insisting that it would continue with campaigns till Thursday, in line with the provision of the Electoral Act.

Oshiomhole said: “You know that when you have low voter turnout, that is when election rigging is most easy. Voter turnout and voter apathy can result from the confusion. If at our level, we are sufficiently disturbed, what would be the fate of the ordinary man? I think we need to remind them across the country that elections have been rescheduled and they should have trust, faith, and remain determined to vote. The process of doing that would require that we return to campaign between now and Thursday this week. Friday is not a campaign day.

“So, without consulting INEC, we are proceeding and we are ready to meet them in court. Because they cannot by administrative fiat amend or distort extra provisions in the relevant electoral act and those laws are not secret to INEC.”

72 million children in Africa are forced into child labour – WHO

Video: I curse the day you were born, Pastor Ibeyiome chides Daddy Freeze 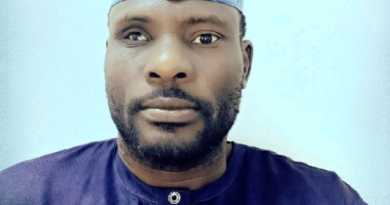 Insecurity: Nigeria Is At War, But With Itself! By Abdullahi D Mohammed