What I Learned When My Boyfriend Wouldn’t Sleep With Me | InStyle.com

Why Is it “Weird” When a Woman Wants Sex More Than a Man?

this link is to an external site that may or may not meet accessibility guidelines. 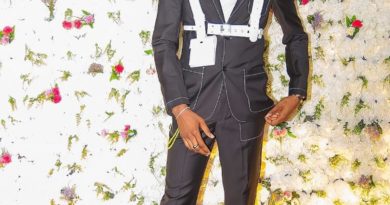 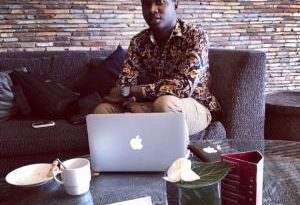 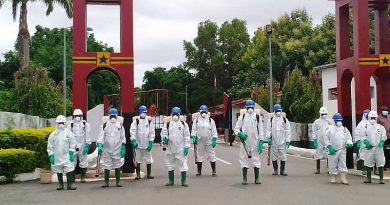 Let us stop talking publicly like lions and tigers. I am not part of unrefined politics.

I support you on this my brother. I wasn't comfortable when I read about Uromi agenda. Esan Oyeeë.

God bless you my brother.

Much more reasonable. Everyone will find their level within this, all will be happy. And truth be said, it would serve the uromians better if they adopt this initiative. Esan Agenda is the THEME, Uromi Agenda will find its place within.

Uromi people should realise that other Esan clans still wants the ticket. But let's not forget that no one promised us Esan agenda. Let's thread with care and negotiate this peacefully

The team "Esan Agenda" was first mentioned and popularised by me on this platform in 2012. But two weeks ago, I redefined the concept to those who seems to misunderstand the meaning of the team. It was as a comment in Okonofua Harry Osemobor's thread the observation was made. I am not in any way saying that I am the originator of the term. But just as the right form of the term's usage is being reiterated here by Jeff Dewinner Okoduwa, McDonald Okojie, had submitted in a working committee that served to fine tune the governorship ambition of Mike Onolememen in 2004, that the potency of the term in realising Mike's ambition should not be narrowed to Uromi alone. And in that meeting, the term was broadened to a catchphrase, "Esan Agenda". I was in the meeting, and it was held in the resistance of Mike Onolememen. Like I mentioned in the referenced comment, Esan agenda is not only about political office aspiration. It's all about the social economic development of the Esan people. Esan agenda does not have terminal date. For instance after we have had the opportunity to producing a governor, it ends. No! It's rather an adjustable list of items or plans to negotiation tables from time to time. At the moment, the first item on the agenda is to produce a governor in the state. And then, to have a federal university, industries and viable infrastructures... The Agenda will soon be gazetted into hard copies...

I agree with you poster,although I am not an Esan but I believe Uromi agenda is too narrow for a gobernatorial battle. It should remain Esan agenda. This agenda will have its own challenges soon but there is a better chance of winning if the entire Esan speak with one voice. I as a Beni man will support an Esan agenda that is just because I believe in justice. See all Esan as Esan and choose from them. The best should come out

You have all seen the need for strategy from your comments. Christian Ojeremen, has given us historical analysis of Esan Agenda which strongly amplifies this post. He understands the umbrella or canopy nature of Esan Agenda. The party will collaborate with the people to get the best out of the best to go for us when appropriate. Obulu.

The rest of Esanland should be carried along. That is my position.

Generative Justice, Corrective Justice and Distributive Justice are the superb Trinity needed in Esan land.lf not, remember that "osa Aghua ole Aghua khuu"We should keep sounding our demand into the eyes of our leaders and Obaseki if not,hmmmm.

Jeff Dewinner Okoduwa,I love you so much my brother. your personality is reflective

Please let all Esan united and be focus.

"But let's not forget that no one promised us Esan agenda"- Okonofua Harry Osemobor. It is not about somebody promising another person something. It is simply a subtle awareness creation to follow an order of natural justice for equitable distribution of resources and power in the state. A single individual or a group can drive a course or movement. It doesn't matter where it starts. And it does not mean that where an idea is born, or who started the course of something is always the first beneficiary. Esan agenda started in Uromi in 2004 under the PDP. But it was an Irruekpen person that reaped the fruit of the struggle at long last in 2007. The agenda is given to be pushed across political boards. Not only among the PDP. But unfortunately, the APC party faithful are reluctant or scared to table it before their party leaders. Esan agenda rings in the ears of the party leaders of the PDP. And I was glad to hear it directly from Dan Orbih in one of the campaign rallies that just ended. According to the governor in one of the rallies too, he hinted on his plans to develop the three administrative headquarters of the senatorial districts, Benin city, Uromi and Auchi equally. Whatever you can find in Benin city, you can find in Uromi and Auchi, he said. I strongly believe that these statements from the duo are not just mere words of campaign in poetry. It is the expression of the people online and on ground, especially in Uromi Voice that provoked those reactions from them. While I congratulate the multitude of APC faithful for the combined efforts to bring about Obaseki's victory in the PDP, you are enjoined to push for this agenda if you choose to remain with the broom. Like Jeff Dewinner Okoduwa always say, 24 hours is ironically a long time in politics. And wherein 2024 is a very long time, it is equally short to put enduring arts together for a sustainable development. Politics is dynamic. It will be intrinsically meandering from left to the right. But we will follow it as it unfolds. Keep pushing for Esan Agenda!

Refined politics should start with the agitation for power shift to Edo central, not Esan agenda. Quit this Esan agenda stuff, it is a hard sell, it connotes different things to folks outside Esan enclave. It sounds threatening to the majority. Our refined politics should begin on how best to appeal and woo Edo South and Edo North for equitable balance of power and participatory democracy , we must earn their trust, support and cooperation, we should stop feeling entitled.

Edo 2020: Edo Central has 5 Local Governments. APC will win at least 3. Just save this post.

Hmmmm how will APC achieve that

I have been seeing his post,he was promised a token after d election, continue my brother na hustle u dey

Hahahahahaha JAS JAS, I know that you and Friday are working hard to become an SSA; but Bro, no level... Esan is for Obaseki. Forget even winning one Local Government Bro.

Hope you save 30million for those 5 local government,not be by post

Freedom of speech but brother is a missed call.

Thèy can only drag one ...thank God you are already rating your party

This gubernatorial election is decided in Edo Central with Governor Godwin Obaseki be returned massively as Governor of Edo State come 19th September, 2020

We ain't blinded by politics or it's so called parties... We just pick the credible candidates and put sentiment said. Last last #Chidubem...

There should not be any mistake, those that want Edo State to move forward have already done so on or before 19th September 2020. In a race you cannot slow the fastest down for the sake of the slowest. PDP and well wishers of good governance should not get distracted by those that supported analogue politics. A snake is a snake.

Obaseki should improve on his good governance. It is only a foolish man that wants everyone to like him. Move on Obaseki. Move on Edo State.
Is up to APC to build its party management.

God bless you, and I wish the governor a more successful second tenure.

Mumu you are here again,you are just living a life of shame idiot

My brother go and hug transformer ,Barrister Ojesua is our State Chairman,and there is nothing you and your slave master can do,ooyin!

Where is your traitor Imuse??

Facebook ‘Supreme Court’ to begin work before US Presidential vote

I have not addressed the press after election — Ize-Iyamu