By Paul Carsten and Abraham Achirga

DAURA/YOLA, Nigeria Feb 16 (Reuters) – Nigeria’s president and the leading opposition candidate urged people to remain calm after a national election scheduled for Saturday was postponed by a week just five hours before polls were due to open.

Early on Saturday morning, just as Nigerians began heading out to polling stations, Mahmood Yakubu, the chairman of the electoral commission said it was no longer feasible to hold free and fair elections on Saturday due to logistical problems.

The vote will now be held on Feb. 23, the chairman said. But the delay still threw the country, where some 84 million people have registered to vote, into renewed political uncertainty.

Past elections in Nigeria have been marred by violence, intimidation and ballot-rigging, and the postponement raised the possibility of unrest.

Yakubu later said the postponement was caused by delays in transporting electoral materials.

Buhari, in power since 2015, faces a tight election contest against Atiku of the People’s Democratic Party (PDP). Nigeria is Africa’s largest economy and its top oil producer.

PDP chairman Uche Secondus said the postponement was “dangerous to our democracy”. He called it part of an attempt by Buhari to “cling on to power even when it’s obvious to him that Nigerians want him out”.

Atiku and Buhari both sought to avert any violent protests or confrontation.

Buhari, who was Nigeria’s military ruler in the early 1980s, said in a statement he was “deeply disappointed” and urged Nigerians to “refrain from all civil disorder and remain peaceful, patriotic and united”.

Atiku told reporters at his residence in the northeastern city of Yola that he was shocked by the postponement but urged voters to be patient. He later said Buhari’s administration was behind the delayed elections, without offering any evidence.

“By instigating this postponement, the Buhari administration hopes to disenfranchise the Nigerian electorate in order to ensure that turnout is low on the rescheduled date,” he said on Twitter.

Presidential elections in 2011 and 2015 were also delayed over logistics and security issues.

Bismarck Rewane, economist and CEO of Lagos-based consultancy Finance Derivatives, said: “No matter who wins, it is now far more likely that the loser will contest the result and argue that the election has been compromised because sensitive materials are out there.”

Situation Room, an organisation of more than 70 civil society groups, said the postponement “had cast a cloud of doubt on (the commission’s) credibility and competence in conducting the election” and “created needless tension and confusion”.

Voters across Nigeria also said they were unhappy.

In the northeastern city of Maiduguri, people gathered for morning prayers after which they had planned to vote.

“We are… deeply pained by the postponement of the election. We spent all night without sleeping, hoping to vote today, and just heard the news that the election has been postponed,” said one worshipper, Auwolu Usman.

Kabiru Sale, 27, who sells oil in the northern city of Kano, said: “I am not happy with the suspension. I had already gone out to cast my vote only to be told on the way about the suspension. I do not really understand why they suspended the election.”

Six people were killed in a bomb blast in Maiduguri by suspected Islamist militants on Saturday morning, the State Emergency Management Agency said, despite increased security measures in much of the country.

Maiduguri is the capital of Borno, the state worst hit by the Boko Haram militant group and its offshoot, Islamic State in West Africa Province. 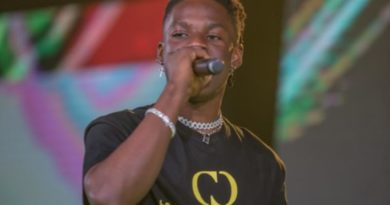 Edo 2020—We have sent Obaseki to go and represent us for 8 years and that 8 years must complete —Madam Justina Oriabure ... See MoreSee Less

Some 108 more people have tested positive for the novel coronavirus. This brings the total number to 5,638. Four more