ABUJA, Feb 16 (Reuters) – Nigeria’s president and the leading opposition candidate urged people to remain calm after a national election scheduled for Saturday was postponed by a week just five hours before polls were due to open.

The chairman of the electoral commission said it was no longer feasible to hold free and fair elections on Saturday due to logistical problems, but he did not elaborate.

The vote will be held on Feb. 23, he announced in the early hours of the morning.

Other electoral commission officials and Western diplomats said the problems concerned the inability to transport ballot papers and results sheets to some parts of the country, where 84 million voters have registered to vote.

At stake is control of Africa’s top crude oil-producing nation and largest economy.

Past elections in Nigeria have been marred by violence, intimidation and ballot-rigging, and the postponement raised the possibility of an outbreak of unrest.

PDP chairman Uche Secondu said the move was “dangerous to our democracy”. He called it part of an attempt by Buhari to “cling on to power even when it’s obvious to him that Nigerians want him out”.

But PDP candidate Atiku and Buhari both sought to avert any violent protests or confrontation.

The president said in a statement he was “deeply disappointed” and urged Nigerians to “refrain from all civil disorder and remain peaceful, patriotic and united”.

Atiku told reporters at his residence in the northeastern city of Yola that he was shocked by the electoral commission’s decision. He urged voters to be patient and wait until next Saturday to cast their ballots.

Presidential elections in 2011 and 2015 were also delayed over logistics and security issues. DEEPLY PAINED Voters across Nigeria also said they were unhappy. In the northeastern city of Maiduguri, people gathered for morning prayers after which they had planned to vote.

“We are disappointed and deeply pained by the postponement of the election. We spent our all night without sleeping hoping to vote today and just hearing the news that the election was been postponed,” said one worshipper, Auwolu Usman.

Kabiru Sale, 27, who sells oil in the northern city of Kano, said the move took him by surprise.

Nigeria is also dealing with pockets of instability and

authorities had bolstered security in much of the country.

Security forces were deployed from police headquarters in Maiduguri, the capital of northeast Borno state that has been worst hit by the Boko Haram militant group and its offshoot, Islamic State in West Africa Province.

The electoral commission also said voting to elect state governors was also to be delayed by a week to Mar. 9. 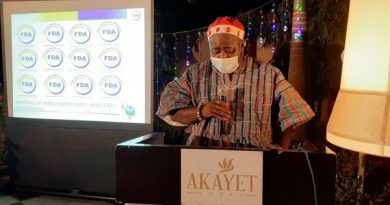 This so unbelievable, may soul rest in peace ✌️

Rest on comrade You will be solely missed

Rest in peace and blessings