(Updates with release of suspects)

Feb 15 (Reuters) – Suspects arrested in connection with an alleged racist and homophobic assault on “Empire” actor Jussie Smollett in Chicago were released on Friday, police said.

“Due to new evidence as a result of today’s interrogations, the individuals questioned by police in the Empire case have now been released without charging and detectives have additional investigative work to complete,” the Chicago Police Department said in a email to Reuters.

The individuals are no longer being classified as suspects, the department said.

A spokesman for the department on Friday night declined to confirm to Reuters whether the individuals released were the two Nigerian brothers police said they arrested on Wednesday at Chicago O’Hare Airport in connection to the attack.

Authorities had previously said only that the pair, whose names have not been released, were persons of interest after they were recognized from surveillance camera footage taken in the area where Smollett said two men shouted slurs at him and put a rope around his neck on Jan. 29.

“Detectives have probable cause that they may have been involved in an alleged crime and we are working to corroborate the allegations and investigative timeline as our investigation continues,” police spokesman Anthony Guglielmi said in a statement.

He has denied a media report on Thursday that said officers were investigating whether Smollett staged the attack because he was being written out of the television show.

“While we haven’t found any video documenting the alleged attack, there is no evidence to say that this is a hoax. The alleged victim is being cooperative at this time and continues to be treated as a victim, not a suspect,” Guglielmi said on Friday.

News of the alleged attack on Smollett, a 36-year-old openly gay African-American who plays a gay character on the hip-hop drama “Empire,” caused uproar on social media, but some have doubted Smollett’s account.

In an interview with “Good Morning America” that aired on Thursday, Smollett said he was angry that some people questioned his story, and he suggested the disbelief might come from racial bias.

The two men know Smollett from working on “Empire” and were picked up at the airport on Wednesday after returning from Nigeria where they were visiting family, their lawyer Gloria Schmidt told Chicago TV station CBS2.

Schmidt could not be immediately reached for comment on Friday.

Twentieth Century Fox Television, the producer of “Empire” released a statement on Thursday saying the idea that Smollett has been, or would be, written out of the show was “patently ridiculous,” and that they continue to stand behind him. (Reporting by Gabriella Borter and Brendan O’Brien Editing by Alistair Bell and Susan Thomas)

Why S/S should produce the next president, Edo Deputy governor, Speaker 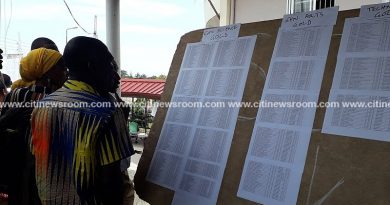 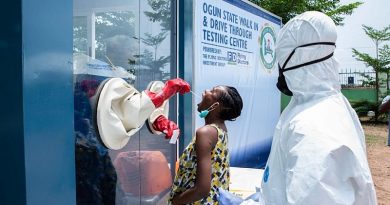