ABUJA, Feb 16 (Reuters) – Nigeria’s presidential election was delayed by a week due to delays in transporting electoral material and was not a result of external pressure, the chairman of the electoral commission said on Saturday.

Mahmood Yakubu, chairman of the Independent Electoral Commission (INEC), said some sensitive election material had been distributed but all had been returned to the central bank and an audit would now be conducted.

Yakubu announced in the early hours of Saturday that the vote would now be held on Feb. 23. (Reporting by Camillisu Eboh, Alexis Akwagyiram and James Macharia Editing by Gareth Jones) 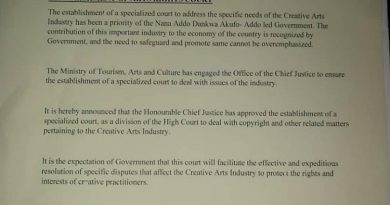 He is a blind presidet no leadership quality.so bad..boko haram are using new hilux motor,who is buying it 4 dem.

You have to blame those who deceived Nigerians to enable the wicked cabal led Buhari to gate-crash into Aso Rock.

Kukah is a true man of God who speaks the truth without fear or favour, unlike the other popular G Os whose hearts are replete with lying spirits. He is different from the Nigeria political prophets, may protect him in Jesus' wonderful name.

Coronavirus disease (COVID-19) Get the latest live updates about the Coronavirus Pandemic Ghana has confirmed 173 new COVID-19 cases. This