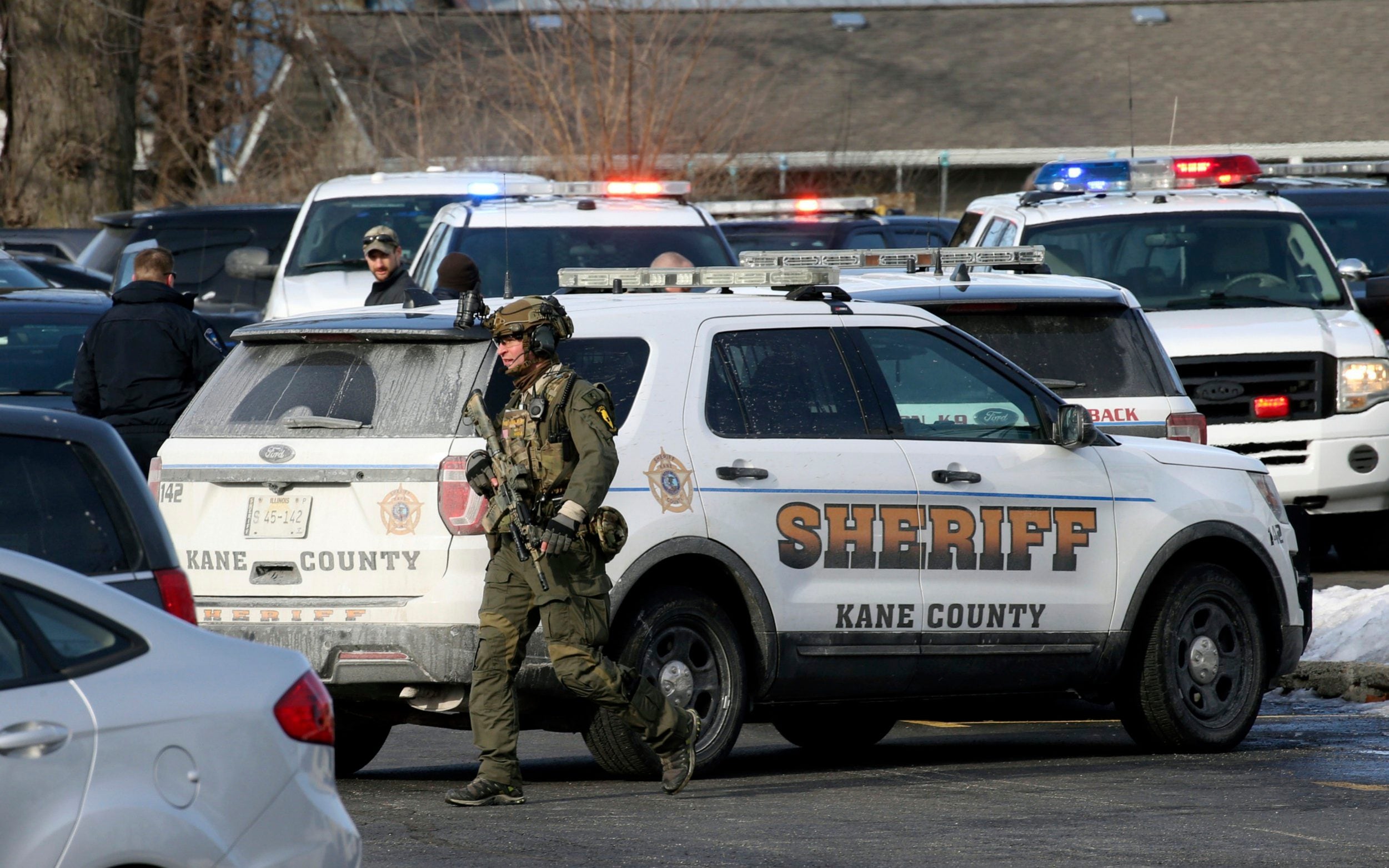 A 15-year employee being fired from a suburban Chicago manufacturing company opened fire with a laser-sighted pistol on Friday, killing five co-workers and wounding five police officers before he was killed by police, authorities said.

Aurora, Illinois, Police Chief Kristen Ziman said 45-year-old Gary Martin “was being terminated” before he started shooting at the Henry Pratt Co. – which makes valves for industrial purposes – in the city about 40 miles west of Chicago.

She told a news conference that in addition to the five employees killed, a sixth worker was taken to a hospital with injuries that were not life threatening. A sixth police officer suffered a knee injury while officers were searching the building.

Ziman said officers arrived within four minutes of receiving reports of the shooting and were fired upon as soon as they entered the 29,000-square-foot manufacturing warehouse.

Police said they did not know the gunman’s motive.

John Probst, a worker who was in the factory, said the gunman had arrived for his regular shift, working in assembly, and opened fire several hours later.

Mr Probst told local television: “I saw a gunman running down the aisle with a pistol, I recognised him as a co-worker and he was shooting everybody.

“As soon as we heard shots, as soon as I saw the green laser thing, we took off out the back door.”

Mr Probst said the plant was “huge” and the man worked about 80 yards from him.

Before the shooting the gunman walked past him and went upstairs to the office, he said.

In a statement Sarah Sanders, the White House press secretary, said: “The President has been briefed and is monitoring the ongoing situation in Aurora,

Girlfriend of London Bridge victim had ‘premonitions’ of terror attack

No Herdsman Must Graze Cattle On Forests Without Registration, Ondo Government Insists