Shirley Chisholm is a veritable icon. About 50 years ago, she became the first black woman to ever be elected to the U.S. Congress, and from there, she went on to become the first black candidate to run for a major party’s nomination for president and the first woman to run for the Democratic Party’s presidential nomination. A representative of New York’s 12th congressional district, Chisholm ran with the campaign slogan “Unbought and unbossed,” a reflection of her mission to be a politician for the people. In doing so, she made a space for herself and opened the door for other women to follow suit. As she famously said, “If they don’t give you a seat at the table, bring a folding chair.”

Below, in honor of Black History Month, six current Congresswomen reflect on Chisholm’s legacy and how she changed the game for women in politics.

“I had the honor of meeting Shirley Chisholm in her later years. She was small in stature but had a huge presence, speaking with strength and conviction. You would listen to her as you would your most revered grandmother, and so when she encouraged me to get involved in the National Political Congress of Black Women, I did. Now, as a ‘first’ in Congress myself, I think about the path that she laid for other women of color, not just by walking it, but by actively pulling others behind her and inspiring their own leadership. She was the first voice for us in these rooms where the policies that change our lives—for better or worse—are created. Carrying on that legacy of speaking up and out and reminding the world that we’re here and we matter is one of the reasons I joined Congresswomen Clarke and Kelly to found the Congressional Caucus on Black Women and Girls in my first term here.” —Rep. Bonnie Watson Coleman (NJ-12)

“Shirley Chisholm declared before it was cool, before people were really welcoming her in, that she was going to be unbought and unbossed. What that means to me is that you cannot be afraid, and you cannot be afraid to say no. I am here to represent the people of the Illinois 14th, and sometimes folks have other agendas. If I am going to be successful, I can’t be beholden to interests or industries or these nefarious groups. I am here to serve the people, and she really embodies that.” —Rep. Lauren Underwood (IL-14)

“The legacy left by Shirley Chisholm has had a profound impact on my life. I had the benefit of hearing my family talk about her and seeing her run for president, so I knew it was possible–hard, but possible—to start as a preschool teacher and rise to the status of congresswoman. For many young adults, this was not their experience. To be elected as the first African American woman from the state of Connecticut, 50 years to the day after Shirley Chisholm, gives young people a contemporary example of the possibilities and the idea that they too belong.” —Rep. Jahana Hayes (CT-5)

“I stand on the shoulders of the first African American woman elected to Congress, Shirley Chisholm. I greatly admire her tenacity and courage to lead by her motto, a motto that I aspire daily to emulate: ‘Unbought and Unbossed.’ I live by the principle that I, too, deserve a seat at the table. And using the advice of the great Shirley Chisholm, there have been many times that I brought my own folding chair. I am grateful for the example and unapologetic boldness of this woman, this Congresswoman, this Champion for change, who dared to be her authentic self and defy the odds in pursuit of truth, justice, and equality for all.” —Rep. Brenda Lawrence (MI-14)

“In 1972, I was ten years old when Shirley Chisholm blazed trails by running for president–becoming the first African American to run and the first woman to seek the Democratic Party’s nomination. Her presidential bid had a profound impact on me as a little girl, and as a member of Congress, her bravery, accomplishments, and bold brand of leadership inspires me today. When I made history in Delaware by becoming the first woman and person of color to win federal office, Shirley’s spirit was with me—folding chair in hand.” —Rep. Lisa Blunt Rochester (DE)

“Shirley Chisholm’s mantra of ‘unbought and unbossed’ says it all. She was a strong and independent woman who challenged the system. She paved the way for women–Black women in particular. She demonstrated confidence and leadership, daring to become the first Black woman to run for president of the United States. Her boldness was inspiring and electrifying. Because of Shirley Chisholm and Barbara Jordan, I am one of many Black women who were motivated to run for office. Shirley Chisholm helped us to understand that we, too, could be successful if we dared to use our God-given talent, our intellect, and our courage to confront competition and new possibilities.” —Rep. Maxine Waters (CA-43)

I’m not like them, but I can pretend (Obviously, this is an essay about Kurt Cobain and Nirvana) 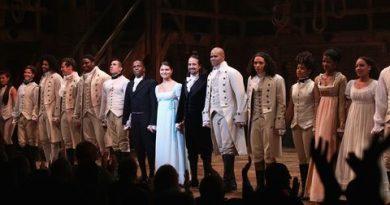